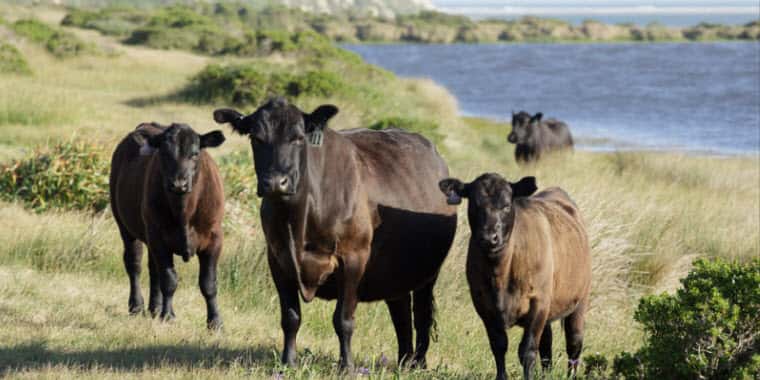 Last year U.S. beef exports shattered the previous value record and achieved a new high for volume, according to year-end 2018 statistics released by USDA and compiled by the U.S. Meat Export Federation (USMEF). U.S. lamb exports rebounded from a down year in 2017, largely due to stronger variety meat demand in Mexico.

While demand for U.S. beef showed remarkable strength throughout the world in 2018, no market exemplified this momentum more than South Korea. Exports to Korea increased 30 percent year-over-year in volume to 239,676 mt and jumped 43 percent in value to $1.75 billion – an increase of $526 million over the 2017 record and more than double the value total posted just three years ago. Chilled beef exports to Korea increased 19 percent to 53,823 mt and climbed 29 percent in value to a record $525 million, illustrating U.S. beef’s surging success in the Korean retail and foodservice sectors. U.S. beef accounted for 58 percent of Korea’s chilled beef imports in 2018.

“There may have been no greater ag trade success story in 2018 than U.S. beef exports to Korea,” said Dan Halstrom, USMEF president and CEO. “Less than a decade removed from street protests opposing the reopening of this market, Koreans now consume more U.S. beef per capita than any international destination. This is a testament to the U.S. beef industry’s strong commitment to the Korean market and the outstanding support received from the U.S. government – through both USDA promotional funding and the negotiation of the Korea-U.S. Free Trade Agreement (KORUS), which has dramatically lowered import duties on U.S. beef.”

Since KORUS was implemented in 2012, the import duty rate on U.S. beef has declined from 40 to 18.7 percent and will fall to zero by 2026. U.S. beef’s main competitors also have free trade agreements with Korea but currently face higher duty rates than the U.S., including Australia (24 percent), Canada (26.6 percent) and New Zealand (26.6 percent).

Other 2018 highlights for U.S. beef exports include:

Through May 2018, pork exports to leading volume market Mexico appeared to be headed for a seventh consecutive record, topping the 2017 pace by 6 percent. But May was the last month in which exports to Mexico would increase year-over-year, due to retaliatory duties imposed in response to U.S. tariffs on steel and aluminum imports. Export volume to Mexico held up relatively well, finishing the year at 777,143 mt – 3 percent below the 2017 record. But export value took a bigger hit, declining 13 percent to $1.31 billion – the lowest since 2015. The decline in value from June through December was 24 percent, totaling $218 million, underscoring the large degree to which U.S. producers and exporters bore the cost of Mexico’s 20 percent retaliatory duty.

Mexico’s strong demand for U.S. lamb variety meat fueled a rebound in 2018 lamb exports, with combined lamb/lamb variety meat shipments climbing 77 percent in volume to 12,866 mt, the largest since 2012. Export value increased 19 percent to $23.4 million, the highest since 2014. While this was primarily driven by larger variety meat exports, lamb muscle cuts also achieved promising growth in the Caribbean, the United Arab Emirates and the Philippines. Japan and Taiwan are also potentially strong destinations, having reopened to U.S. lamb in 2018 and 2016, respectively.

Update on the Cattle Cycle: What’s Next?