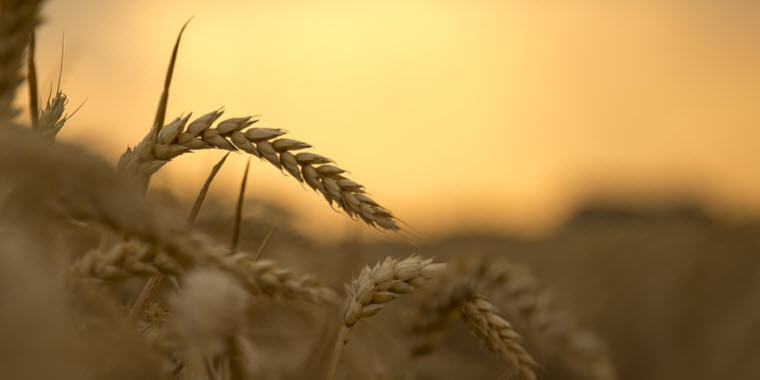 From a national perspective, USDA says that we’ll see a sizeable increase in both corn and soybean acres. That’s not a shock to many farmers given the record amount of prevented planting that happened in 2019.

USDA is estimated corn acreage to increase by 8%, up to 97 million acres. Soybeans they say, will be up 10% to 83.5 million acres. However, we are very likely to see some changes to those numbers given the sharp curtailment in ethanol usage due to COVID-19. The potential for a larger shift in acres from soybeans to corn had not yet figured into the survey from early March. 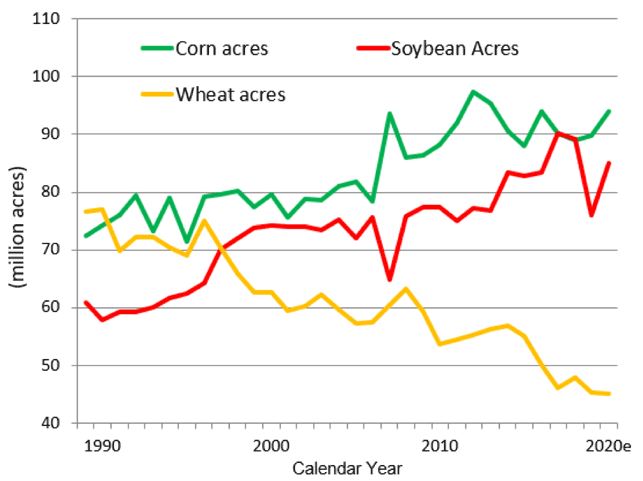 For wheat, total acres are forecast by the agency to be 1%lower coming in at 44.7 million. That represents the lowest wheat planted area since records began in 1919. Nationally, both winter and spring wheat acres are estimated to be down 1%, while durum is forecast 4% lower.

When we look at winter wheat plantings, we can really start to see the effect that last falls excessive moisture, both in the form of rain and snow, had on farmers. Producers were unable to get all their winter wheat in the ground and therefore in Montana we’re seeing a 400,000 acre shift from winter to spring wheat. If that rings true, it will represent a 14% increase in spring wheat acres, up to 3.3 million.

North Dakota farmers will also seed 11% less acres of durum falling to 640,000 acres. North Dakota will still be the top durum producer in the nation, but Montana won’t be far behind with 570,000 acres.

Farmers across the region and the country are continuing last year’s trend of raising more barley. Nationally, USDA is projecting a 7 percent increase in barley acres with Montana leading the way. With a 10% increase expected, Montana farmers are forecast to plant over 1 million acres of barley. North Dakota will remain the number 2 state for barley production, also expected to be up 10%. Wyoming farmers are also seeding more barley, up 42 percent at 115,000 acres. That ties the Cowboy State with Washington for the number 4 position.

The Montana Wheat and Barley Committee says that barley is a good rotation and has a lower cost of production so farmers may be feeling confident in an open market demand increase. Even though large domestic buyers have been cutting acres, the committee hosted several interested international breweries this past summer, and Montana Craft Malt now in operation could additionally account for the increase.

Montana farmers are also expected to plant more canola again in 2020. Farmers continue to dip their toes in canola, with a 17% increase expected. That would mean 175,000 acres raised in Montana, enough to put the state at number 2 for canola production. However, that’s far behind number 1, North Dakota at 1.6 million.

A trend that is not expected to continue is planting more flaxseed. Last year farmers in North Dakota, Montana and South Dakota increased flaxseed acres by 80%. However, all are expected to plant less this year, down 28% to just 270,000 acres across all three states.

When it comes to pulse crops, for which Montana and North Dakota are the number 1 and 1 producers in the nation, acres are expected to fall. Prices have plummeted over the last 3 years, due largely to tariffs implemented by India, the top pulse crop consumer.

The one thing we can count on, is these numbers will surely change by the time the crops are all in the ground. Farmers are faced with uncertainty at almost every turn with the COVID-19 pandemic, volatile markets and an election coming to boot. The situation changes almost daily, but we’re optimistic for a good crop year.