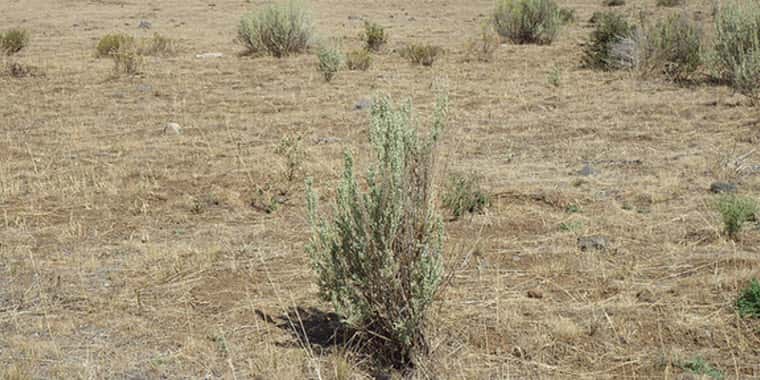 2021 Was the Third-Costliest Disaster Year in History

Not only was 2021 defined by lingering COVID-19 market effects and widespread supply chain woes, 20 weather and climate disasters, each with damages over a billion dollars, struck the U.S coast to coast last year. The National Oceanic and Atmospheric Administration (NOAA) reported that 2021 was the third-costliest disaster year ever, with an estimated $145 billion in total economic losses, behind only 2017’s $346 billion and 2005’s $244 billion. With over 680 lives lost, these disasters will haunt impacted communities for years to come.

The American Farm Bureau’s Market Intel assessment puts total crop and rangeland losses from major 2021 disasters at over $12.5 billion, or 8.6% of NOAA’s total economic impact figure. Of that figure, over $6.5 billion in losses were not covered by existing Risk Management Agency (RMA) programs. Drought and wildfires alone accounted for over $3.3 billion in uncovered losses, with the additional $2.7 billion in uncovered rangeland losses likely linked to drought and wildfire. AFBF crop loss estimates do not include infrastructure damage, livestock losses, horticulture crop losses or timber losses associated with the selected weather events. Unaccounted-for damage estimates should be viewed as a minimum baseline as data to estimate these other categories are not readily available.

North Dakota suffered the most significant hit, with over $2.4 billion in incurred losses primarily made up of $500 million in damages to wheat, soybeans and corn each from persistent extreme and exceptional drought conditions. Texas was a close second with over $2 billion in incurred losses from a wide variety of weather conditions including the February deep freeze, widespread drought, a major hailstorm and Hurricane Nicholas to round it out. Over $1 billion in Texas’ damages were linked to rangeland and forage, with an additional $300 million involving destruction to grapefruit and orange groves. South Dakota’s losses mirrored those of its northern neighbor, with drought-induced losses of over $100 million each in corn, soybeans, wheat and forage.

Rearranging crop loss data points by crop type allows us to pinpoint regional differences in damages associated with different weather conditions. Figure 2 displays overall crop losses by type across all major weather events in 2021. The other grains category includes crops like oats and sorghum, the other oilseeds category includes canola, mustard, flax and the like and the all other category includes miscellaneous crops like tobacco, sugarcane, sugar beets and mint. Seeing forage and rangeland with the most significant losses ($3.6 billion) is not surprising given the correlation between drought and rangeland. Western states are no stranger to arid conditions and vast landscapes often grazed by livestock herds. Reductions in hay stores and abysmal forage conditions forced many farmers and ranchers to liquidate cows early or pay upward of $400/ton for hay shipped across state lines. Wheat, heavily grown in the upper Plains region in states like North Dakota, Montana and Idaho, also fell victim to severe dry conditions.

Last September, President Biden signed a continuing resolution into law with a retroactive extension of disaster assistance programs, including the Wildfire and Hurricane Indemnity Program (WHIP+), the On-Farm Storage Loss Program, Milk Loss Program and Tree Assistance Program, through 2020 and 2021. The law appropriates $10 billion out of the Treasury to the office of the secretary of Agriculture for these programs and expands WHIP+ coverage for additional causes of loss including derechos, winter storms, polar vortexes, freeze, smoke exposure and quality losses for crops. Losses due to drought are also eligible if they occurred in areas rated by the U.S. drought monitor as D2 (severe) for eight consecutive weeks or D3 (extreme drought) or higher at any time during the applicable calendar year. Though strongly appreciative of this extension and expansion, many producers have expressed dwindling confidence they will receive assistance when they most need it. As of March 15, no payments have been made for 2020 and 2021 losses and applications have not opened for producers to enroll. This means producers who faced disaster-related crop losses in early 2020 have waited over two years for support.

Weather and climate disasters in 2021 pummeled farms and ranches across the United States, leaving over $12.5 billion in crop and rangeland losses in their wake. The full extent of damages across the sector is likely far higher when livestock, infrastructure, timber and other ag-related factors are considered. Already in 2022, farmers and ranchers are experiencing severe drought. The stability of U.S. farms and ranches relies on their ability to be resilient under an array of climate and weather conditions. Ensuring WHIP+ and other disaster assistance program extensions provide adequate and timely support is vital – not only for farm-level stability but for a safe and secure domestic food supply.