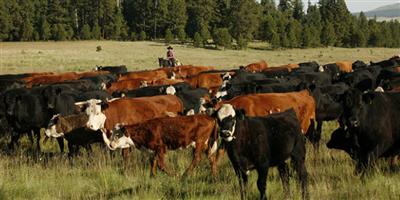 Reduced fed slaughter for the remainder of the year implies reduced feedlot marketing rates.  Feedlots, as of June 1, had record inventories of cattle on feed which seems to be at odds with the idea of reduced marketings in the coming months.  However, feedlots have been placing larger numbers of lightweight cattle which leads to more days on feed and slower turnover rates…in other words, slower marketing rates.

Feedlots will work through current inventories in the second half of the year.  May placements were down by the largest year over year monthly decrease since last September.  Smaller placements in the coming months will lead to lower feedlot inventories by the end of the year unless drought forces even larger numbers of cattle into feedlots. Exactly how continuing drought, reduced forage production and high feed prices will impact cattle and beef markets in the coming months remains uncertain.  Nevertheless, the second half of 2022 is shaping up to look significantly different than the first half of the year.

How about the cattle and beef imports year to year comparison?
That also affects prices by affecting “supply”.