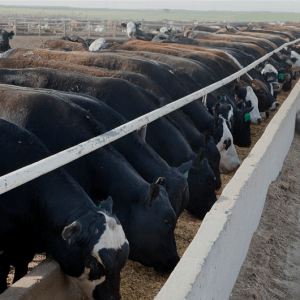 On Wednesday, Bipartisan legislation was reintroduced in the Senate that would require U.S. beef packers, that process over 125,000 head/year, to purchase 50% of their weekly fed cattle needs on the negotiated cash market for delivery within 14 days.

The Senators say the intent of the legislation, that was originally introduced in May of 2020, is to “foster efficient markets while increasing competition and transparency among meat packers who purchase livestock directly from independent producers.”

Grassley said that while the need for more transparency in cattle markets is not a new issue, the pandemic has “highlighted the need for additional price transparency measures to ensure producers are getting a fair price for the hard work of raising cattle.”

This bill follows the reintroduction of the Cattle Market Transparency Act that was introduced earlier this month by Senator Deb Fischer (R-NE) and Ron Wyden (D-OR). Interestingly, Wyden is signed on to both pieces of legislation.

“We commend Senator Grassley for continuing to champion legislation that seeks to strengthen the U.S. cattle producer’s bottom line.

“This legislation, the ’50-14’ or spot market bill, follows legislation already supported by USCA, the Cattle Market Transparency Act of 2021 introduced by Senator Deb Fischer of Nebraska. The two bills, while different, both focus on necessary changes and enhancements to the cattle marketplace. USCA supports both pieces of legislation and will be working with both offices on paths forward.

“As Congress looks to the reauthorization of the Livestock Mandatory Reporting Program (LMR) prior to its expiration on September 30, 2021, USCA appreciates any and all efforts to reform the program.  LMR must be better utilized as a mechanism for accurate and transparent reporting in order to advance price discovery and shore up the fundamentals of the CME cattle futures contracts.

R-CALF USA announced their strong support of the bill with CEO Bill Bullard saying that, “Congress must act swiftly to pass this important bill into law to preserve the integrity of the cattle industry’s most important price discovery market – the negotiated cash market for fed cattle.

“Though alternative solutions to the ever-thinning cash market have been offered, none will be as effective as this new bill; nor can any of the alternatives be implemented in time to reverse the catastrophic disconnect between cattle prices and beef prices that has persisted for the past six years.”

However, the National Cattlemen’s Beef Association’s Vice President of Government Affairs Ethan Lane said that the 50-14 bill is not the solution the industry needs.

“NCBA has and will continue to work alongside our affiliates, Congress, and USDA to increase price discovery and improve the business climate for producers across the country. However, simply put, Senator Grassley’s bill misses the mark.”

“The industry – from leading livestock economists to NCBA state affiliates – agrees that any legislative solution to increased price discovery must account for the unique dynamics within each geographic region. As we have seen in other sectors, a one-size-fits-all government mandate rarely achieves the intended goal.”

“Per our grassroots policy, NCBA supports a voluntary approach first to increased negotiated trade. If a voluntary approach is unsuccessful, that same policy provides guidance toward a legislative solution that more closely resembles Senator Fischer’s Cattle Market Transparency Act. We will continue to work toward a more level-playing field for producers, and we invite Senator Grassley to join the majority of stakeholders in reaching a collaborative solution.”