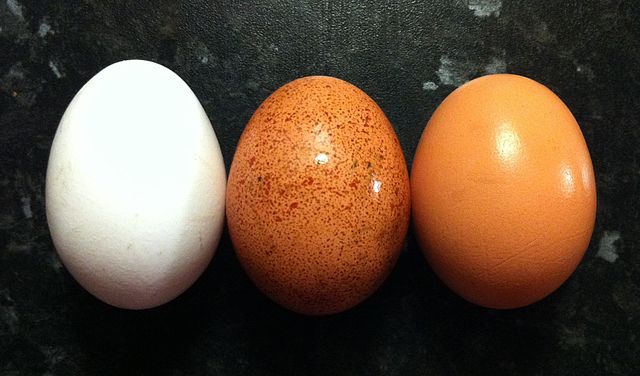 Enjoy these agriculture facts from the American Farm Bureau Federation and AgDay.org:

More than 21 million American workers (15 percent of the total U.S. workforce) produce, process and sell the nation’s food and fiber.

In 2010, $115 billion worth of American agricultural products were exported around the world. The United States sells more food and fiber to world markets than we import, creating a positive agricultural trade balance.

One in three U.S. farm acres is planted for export.

About 23 percent of raw U.S. farm products are exported each year.

U.S. farm programs typically cost each American just pennies per meal and account for less than one-half of 1 percent of the total U.S. budget.

Americans enjoy a food supply that abundant, affordable overall and among the world’s safest, thanks in large part to the efficiency and productivity of America’s farm and ranch families.

AGRICULTURE AND THE ENVIRONMENT

Careful stewardship by farmers has spurred a nearly 50 percent decline in erosion of cropland by wind and water since 1982.

Conservation tillage, a way of farming that reduces erosion (soil loss) on cropland while using less energy, has grown from 17 percent of acreage in 1982 to 63 percent today. At the same time, total land used for crops declined by 15 percent (70 million acres).

Farmers have enrolled a total of 31 million acres in the Conservation Reserve Program to protect the environment and provide habitat for wildlife. Since its inception in 1985, the program has helped reduce soil erosion by 622 million tons and restored more than 2 million acres of wetlands.

Each year, hundreds of thousands of trees are planted on farmland.

More than half of America’s farmers intentionally provide habitat for wildlife. Deer, moose, fowl and other species have shown significant population increases for decades.

Through the farm bill, funding is provided to farmers and ranchers for conservation, for programs that prevent soil erosion, preserve and restore wetlands, clean the air and water, and enhance wildlife.

Crop rotation, the practice of growing different crops in succession on the same land, is another way farmers take care of the land.

For contour farming, farmers plant crops across the slope of the land to conserve water and protect soil.

Alternative energy sources, including wind power and renewable fuels such as ethanol and biodiesel (made from corn, soybeans and other crops) are beneficial to the environment and promote energy security.

Popcorn pops because water is stored in a small circle of soft starch in each kernel. As the kernel is heated, the water heats, the droplet of moisture turns to steam and the steam builds up pressure until the kernel finally explodes to many times its original volume.

While the first breakfast cereal was made by adding sugar and milk to popped popcorn, a shortage of baking flours after World War II forced breadmakers to substitute up to 25{75f28365482020b1dc6796c337e8ca3e58b9dd590dc88a265b514ff5f3f56c30} of wheat flour with ground popped popcorn. Over the years, popcorn also has been used as an ingredient in pudding, candy, soup, salad and entrees.

Popcorn’s nutritional value comes from the fact that, like other cereal grains, its primary function is to provide the body with heat and energy.

Microwave popcorn is the same as other popcorn except the kernels are usually larger and the packaging is designed for maximum popability.

The same chemicals that give tart cherries their color may relieve pain better than aspirin and ibuprofen in humans.

Eating about 20 tart cherries a day could reduce inflammatory pain and headache pain.

There are about 7,000 cherries on an average tart cherry tree (the number varies depending on the age of the tree, weather and growing conditions). It takes about 250 cherries to make a cherry pie, so each tree could produce enough cherries for 28 pies!

Today, in Michigan, there are almost 4 million cherry trees which annually produce 150 to 200 pounds of tart cherries.

Lettuce is a member of the sunflower family.

Americans eat about 30 pounds of lettuce every year. That’s about five times more than what we ate in the early 1900s.

In the United States, lettuce is the second most popular fresh vegetable.

Almost all lettuce is packed right in the field.

The plant pigment that gives carrots and other vegetables their vivid orange color is Beta-Carotene. Fruits and Vegetables that are yellow/orange in color contain Beta-Carotene and carrots are one of the richest in this nutrient. Our bodies convert Beta-Carotene into Vitamin A.

The bright orange color of carrots tell you they’re an excellent source of Vitamin A which is important for good eyesight, especially at night. Vitamin A helps your body fight infection, and keeps your skin and hair healthy!

BERRY, BERRY GOOD FOR YOU

Blueberries are the second most popular berry in the United States.

Over 200 million pounds of blueberries are grown every year in North America.

Blueberries are first picked by hand to gather the best of the early fruit. Later, if the fruit is to be mechanically harvested, a harvesting machine goes through the field and gently shakes each bush so only the ripe blueberries drop off.

Blueberries are a good source of Vitamin C and fiber.

In the U.S. in 1998, hens produced 6,657,000,000 dozen eggs – that’s 6.657 billion dozen! After these eggs were laid, about two-thirds were sold in the shell and one third of them were broken – not by accident, but on purpose. Because after the eggs are broken out of their shells, they can be made into liquid, frozen, dried and specialty egg products.

The egg shell may have as many as 17,000 tiny pores over its surface. Through them, the egg can absorb flavors and odors. Storing them in their cartons helps keep them fresh!

Eggs age more in one day at room temperature than in one week in the refrigerator.

Occasionally, a hen will produce double-yolked eggs throughout her egg-laying career. It is rare, but not unusual, for a young hen to produce an egg with no yolk at all.

It takes 24 to 26 hours for a hen to produce an egg; there is 30 minutes between each egg-producing cycle.

About 240 million laying hens produce about 5.5 billion dozen eggs per year in the United States.

Egg yolks are one of the few foods that naturally contain Vitamin D.