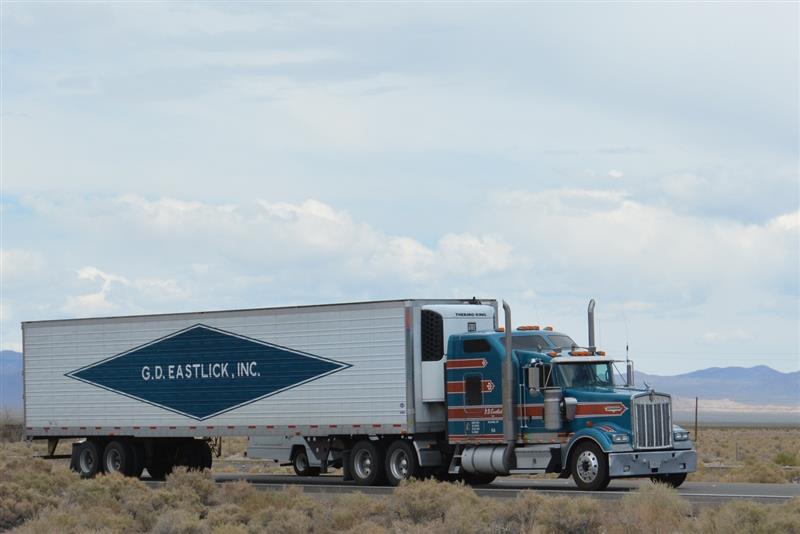 In 1954 G. Derald Eastlick stepped out of his door, hung up his shingle and introduced the world to G.D. Eastlick Grain and Trucking, a company that would serve the agricultural industry in Montana and beyond. Leaving a legacy of integrity and determination spanning more than six decades.

He motored down every highway and back road of eastern Montana buying grain from producers, both large and small. So successful were his endeavors that he would eventually build and operate his own grain elevators in Billings and Laurel Montana. Between the elevators and trucking side of things Mr. Eastlick would go on to create a good many jobs over the years and help to contribute millions of dollars into the economy of Montana and a fair number of other states.

I pray that he does not mind the comparison, but as I sat and talked with him he just kept reminding me of my own grandfather, C. A. (Bus) Farnum. Both men of integrity, men that believed that a mans word and handshake carried far more value than papers drawn up by some “fancy attorney.” Men who knew that if you wanted something you went out and busted your behind to get it. Character traits that so often seem like ancient history in this day and age. It is those very character traits and work ethics that allowed Mr. Eastlick to adapt to the changes that always come with societies “progress.”  Progress such as the introduction of the unit train, a development that all but eliminated the niche that he had so effectively capitalized on. He wasn’t about to surrender he just grabbed another gear and hit the foot feed.  Finishing out his career as  G.D. Eastlick Refrigerated Trucking, hauling produce and commodities throughout the western United States. In talking with the man you see that his character is still right out front and undeniable after more than 63 years of business.

As he sat talking with me about his  life, career, retirement and the ways that I could assist him as his auctioneer, I could not help but to feel as if I were witnessing the end of an era and found myself thinking how much better off the world would be if there was some way that we could make more men of this nature.

At 87 years old, Mr. Eastlick has made the decision to retire. On March 10th 2018, a retirement auction will be held at his shop located at 4300 State Ave. in Billings MT.  Though the doors may close and the lights go dark the indelible mark that he has left in his wake will endure for generations.

To view the entire sale offering, Click Here. A sale preview will be held Friday the 9th from 3:00 to 7:00 at the shop and the auction is set for 11:00 on Saturday.