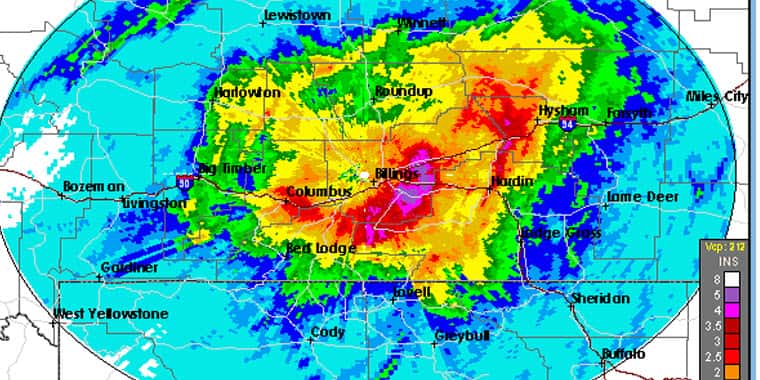 A Look at Rainfall Totals Around Montana

The National Weather Service reported 1.86 inches of rain in Billings on Monday, October 3, setting a new record for this date. The weather system that brought the moisture is expected to move out of Billings later Tuesday,  headed northeast.

The previous rainfall record for Oct. 3 was set in 2013, when 1.24 inches fell at the Billings Airport.  The average precipitation for the first three days in October is only 0.15 inches.  With yesterday's rainfall, it's not 2.16 inches.

CLICK HERE for a look at some of the rain totals from around the state.

The Beartooth Pass was closed on Monday with blowing and drifting snow reported.

Reports of an inch of snow in mountain foothill locations like Wilsall, Nye, and Emigrant was reported on Monday as well.

With much of southern Montana in Drought Alert and Severe Drought status, the rain is more than welcome.