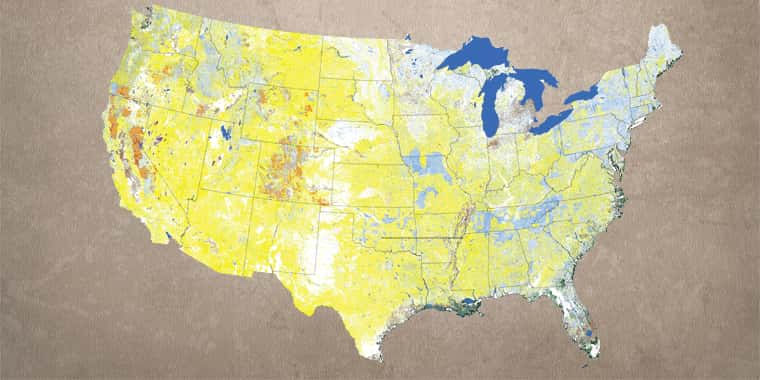 Zoom in on your farm or ranch and see how proposed changes could impact EPA jurisdiction.

OMAHA (DTN) — A House committee is pressuring EPA to release more information about an October 2013 agency contract to create waters and wetlands maps of all 50 states, including making those maps part of the official record on the proposed Clean Water Act rule.

Along with posting EPA maps to its website Wednesday, House Science Space and Technology Committee Chairman Rep. Lamar Smith, R-Texas, asked EPA Administrator Gina McCarthy to release other documents related to the agency's spending of taxpayer dollars to hire a consultant to develop the maps.

In a July hearing, EPA Deputy Administrator Bob Perciasepe told the committee the agency would release the maps to the committee. McCarthy has stated publicly that the agency doesn't intend to use the maps to regulate waters. In the letter sent Wednesday, however, Smith questioned EPA's intentions.

Maps of all 50 states and a national map were posted in PDF format. The files are very large and provide information about those waters defined in the proposed rule.

The U.S. map released Wednesday effectively shows most of the country would face new potential regulatory demands because of the way EPA and Army Corps include tributaries in its rule. Yet, all perennial, intermittent and ephemeral streams would be part of the rule because they are considered tributaries that are “physically and chemically connected” downstream to traditional navigable waters. That's the case even though intermittent streams only flow part of the year and ephemeral streams only flow after heavy rainfalls.

“These maps show the EPA's plan: to control a huge amount of private property across the country,” Smith said in the letter. “Given the astonishing picture they paint, I understand the EPA's desire to minimize the importance of these maps. But the EPA's posturing cannot explain away the alarming content of these documents. It's time to give Americans a chance to make up their own minds about the EPA's intentions.

“You claim that the EPA has not yet used these maps to regulate. However, the EPA failed to explain why it used taxpayer money to create these maps. It is apparent that the EPA paid a private contractor to make many of these maps, yet the details of the arrangement remain murky. While the agency marches forward with a rule that could fundamentally re-define Americans' private property rights, the EPA kept these maps hidden.

“Serious questions remain regarding the EPA's underlying motivations for creating such highly detailed maps. The maps were created just days after the EPA announced the rule and show its sweeping scope. The EPA's job is to regulate. The maps must have been created with this purpose in mind.”

Smith said in the letter that EPA should provide documents and communications related to the EPA's contract with INDUS Corporation to create the maps, to include original contracts, specifications of work, and internal or external exchanges regarding the October 2013 maps. In addition, the committee is asking for the maps to be entered into the official rulemaking docket.

A number of agriculture interest groups are scheduled to release a set of maps of their own next week.