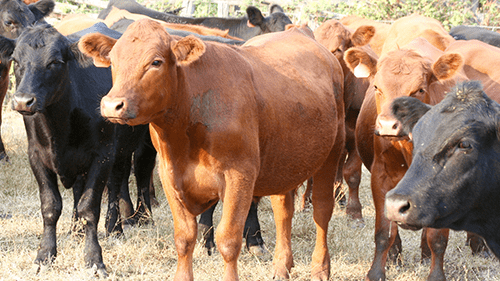 Representative Vicky Hartzler (R-MO-4) introduced the Optimizing the Cattle Market Act of 2021 in the U.S. House. The legislation builds on a growing consensus among cattle producers, industry leaders, and Members of Congress that the current market dynamics — which stunt producer profitability and put undue market leverage on the side of meatpackers — are not sustainable for the beef supply chain.

If enacted, the bill would direct the U.S. Department of Agriculture (USDA) to create a cattle formula contracts library, and increase the reporting window for “cattle committed” from seven to 14 days. These measures would increase transparency in the industry and improve the opportunity for robust price discovery.

Rep. Hartzler’s legislation also reiterates the need for expedited reauthorization of USDA’s Livestock Mandatory Reporting (LMR) program, a step NCBA has long pushed for and reached agreement on with other industry groups.

The bill would also require USDA, in consultation with the Chief Economist, to establish mandated minimums for regional negotiated cash and negotiated grid live cattle trade. Minimums would be set within two years of passage of the bill, and would invite stakeholder input through a public comment period and the consideration of key, peer-reviewed research from land grant universities.

NCBA’s member-driven, grassroots policy does not support mandated minimums at this time, opting instead for a voluntary solution. NCBA’s grassroots policy also provides for a change in direction should certain conditions be met, which would mean pursuing a legislative or regulatory solution determined by membership.

“The growing momentum we’re seeing in the House and Senate behind addressing these critical concerns in the cattle markets is reflective of the urgency producers are feeling across the country. Extreme market volatility, unpredictable input costs, a shifting regulatory landscape, and natural crises like drought leave cattle farmers and ranchers with a growing list of threats to their continued financial viability. Something needs to give,” said NCBA Vice President of Government Affairs Ethan Lane.

“NCBA, alongside our affiliates and other industry associations, shares Rep. Hartzler’s objectives and welcomes the discussion this bill will bring. While a government mandate on regional minimums for negotiated trade continues to be a hotly debated topic among producers, we are encouraged to see a proposal that builds on past efforts and moves us closer toward a realistic finish line.”

USDA to Invest More Than $4 Billion to Strengthen Food System