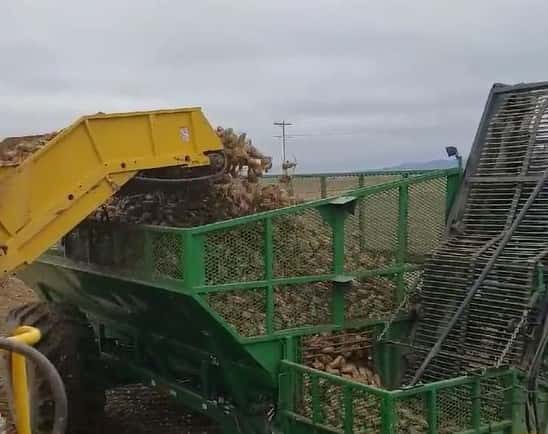 Farmers affected by severe weather this fall may be eligible for another $1.5 billion in disaster funding in the recently passed appropriations bill. Wild and unpredictable weather in 2019 has caused congress to issue multiple ad-hoc disaster funding payments under the Wildfire and Hurricane Indemnity Program or WHIP+.

“Clearly, the need out there is more than we anticipated,” Hoeven said. The additional $1.5 billion comes from unspent disaster funding from the 2017 fiscal year.

Specifically, the bill is meant to help small grain producers and sugar beet growers who were both hit by early snowstorms in September and October that decimated their crops.

Wheat farmers in Northeast Montana and Northwest North Dakota were hit especially hard by rain and snow throughout the fall that left thousands of acres unharvested. Also, much of the wheat that was harvested had serious quality issues due to sprout and falling numbers. Producers may have been able to combine but the wheat was damaged by excess rain and downgraded to feed wheat.

Montana Senator Jon Tester wrote multiple letters to Ag Secretary Sonny Perdue requesting assistance for those farmers. Upon passage of the bill, the Senator responded with a statement saying, “The USDA should have provided assistance to Montana farmers back in September when we first brought this crisis to their attention. Now there is no shadow of a doubt that these producers qualify for WHIP+, so the USDA needs to get it in gear and immediately provide support to folks in Northeastern Montana because family farms are on the line. We’re done asking—now we’re telling.”

The bill also includes disaster payments for sugar beet growers who were left with one of the worst harvests in history. The snowstorms, rain and frost prevented thousands of acres of beets from being harvested. Those producers who were able to harvest are faced with just as many challenges due to low prices and high costs.

The language in the bill is written so that payments will be made to the sugar beet cooperatives. The co-ops will then be able to distribute the money in an equitable fashion to growers. If a producer spent an extraordinary amount of money harvesting beets, they could be compensated to make the situation more equitable with producers who did not harvest and then received more crop insurance than the producers received for harvesting.

Sugar beet growers will be paid less per ton that in recent years to make up for fewer beets to process.

Forces That Will Shape the U.S. Rural Economy in 2020