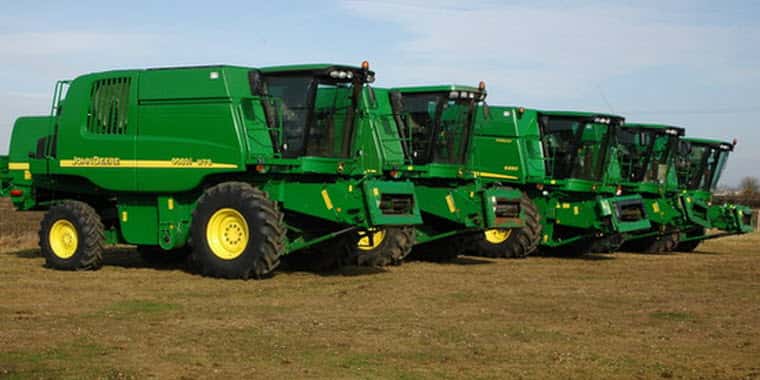 Most agricultural equipment manufacturers saw growth in 2022 compared to 2021 and the industry’s expects growth in 2023. At the same time there are signs of slowing. Another issue is plaguing the industry — too small of equipment inventories on dealer lots.

This was discussed during an end-of-the-year briefing offered by the Association of Equipment Manufactures (AEM) and its director of Market Intelligence Benjamin Duyck. “The general mood is that business is still good, but it is slowing down. The main issue remains supply chains,” he explained during AEM’s hour-long webcast presenting sentiments gathered by a survey of AEM members. AEM is a North American organization with nearly 3,000 members representing construction and agriculture equipment manufacturing.

From AEM’s survey of its agriculture member-manufacturers, 72% said they experienced year-over-year growth in 2022 compared to 2021. Sixty-five percent expect continued growth in 2023. The headwinds blowing against growth are inflation, weakening financial markets and interest rates, ongoing supply chain issues, the war in Ukraine (for example, Ukraine is chief supplier of argon gas used in testing semi-conductors), and of course, COVID-19.

Manufacturers identify depleted equipment inventories as an ongoing, although improving, problem they are managing through. “Inventories have really been depleted on the agricultural equipment side,” Duyck said. “Sales in 2020 and 2021 were very strong, but production was not as strong. (COVID-impacted production challenges) had an extremely big impact on inventory levels … we saw that inventory levels were depleted back to 2011 levels.”

Some other takeaways offered by the AEM briefing:

— Job openings in manufacturing remain high. More than 80% of ag equipment manufacturers tell AEM they are having problems satisfying labor needs on their production floors. To help resolve the issue, manufacturers said they have bumped wages, and are offering bonuses, flexible hours and remote employment opportunities. They are also engaged in some outsourcing. One worker skill set topping the list of factory workers needed: welders.

— What’s in short supply? Rubber tracks, circuit boards, other electrical components, connectors, semiconductors and chips, controllers. The most unpredictable risk in this list is semi-conductors. Taiwan is a major manufacturer of semi-conductors. If hostilities between the island nation and China break out, the market for chips changes drastically for the worse overnight. Duyck pointed to efforts in the U.S. of ‘reshoring’ or returning semi-conductor manufacturing back to the U.S. But substantial, new U.S. production remains in the future.