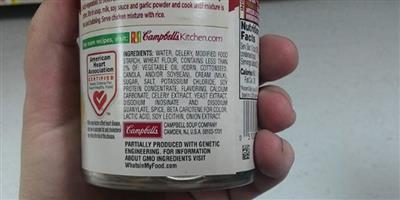 Sen. Debbie Stabenow (D-Mich.) said late Monday that she and Sen. Pat Roberts (R-Kan.) are “narrowing the issues” surrounding GMO labeling legislation and are “close” to reaching a deal — but have yet to share a draft in the Senate. Questions remain over whether on-pack labels should be part of a mandatory disclosure system. Come July 1 on-pack labeling will become the de facto national standard, as food and beverage manufacturers will be forced to comply with Vermont’s law or potentially face a $1,000 fine per day, per product.

Just Label It, a coalition of consumer advocacy, environmental and organic industry groups, has created a Facebook page featuring photos of products who have already changed their packaging labels to include GMO disclosure information.

There are just 10 calendar days left before Vermont’s law takes effect, but congress really only has four legislative days left, considering the House won't be in session all next week, the Coalition for Safe Affordable Food warned.

American Soybean Association CEO Steve Censky again called on Senate Agriculture Chairman Pat Roberts and Ranking Member Debbie Stabenow to come to an agreement on legislation to set a national standard on the labeling of food products containing biotechnology. Censky indicated that as a steering committee member of the Coalition for Safe, Affordable Food, ASA will support a compromise struck by Roberts and Stabenow to move a solution forward.

On a press call alongside Grocery Manufacturers Association President and CEO Pam Bailey, Food Marketing Institute President and CEO Leslie Sarasin and National Council of Farmer Cooperatives President and CEO Chuck Conner, Censky pointed to the looming threat of reformulation away from biotechnology-enhanced food ingredients, specifically including products including GMO soybean oil and meal, and the impacts of such reformulation on an already-teetering farm economy.

“Markets for the crops that our farmers are growing today will be lost, and value of farmers' crops will be diminished,” said Censky. “Farmers will lose, and ultimately consumers will lose as a safe and valuable tool for sustainable food production is driven from the marketplace by activists who got a state to pass ill-conceived legislation that devastates farmer livelihoods and raises food costs for all Americans.”

Censky also highlighted the benefits to conservation and sustainability lost as a result of the potential reformulation away from biotech.

“Agricultural biotechnology has helped to make both insect pest control and weed management safer while safeguarding crops against disease,” Censky said. “It has allowed for a significant reduction in the use of pesticides, and promoted no-till or reduced tillage agriculture systems that help preserve topsoil from erosion and enhance water quality. Today over 90 percent of the soybeans, corn, cotton, and sugarbeets grown by U.S. farmers are biotech enhanced because of these very benefits.”

Roberts and Stabenow have indicated that they continue to make progress toward a solution, however only a handful of legislative work days remain for the Senate prior to the Vermont law's July 1 implementation deadline.