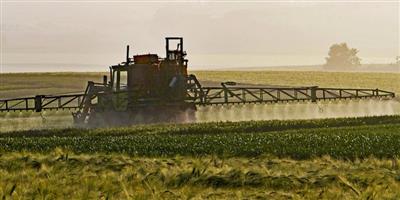 In a letter to President Biden, 54 agricultural groups expressed grave concern with a recent amicus brief submitted by the U.S. Solicitor General to the Supreme Court. The brief advises the court against taking up a case regarding pesticide labels.

The groups, including the American Farm Bureau Federation, American Soybean Association, National Corn Growers Association, National Association of Wheat Growers, National Cotton Council, and American Sugarbeet Growers Association, called on the president to swiftly withdraw the brief. They warned the new policy would set a dangerous precedent that threatens the science-based regulatory process. The groups are worried this new policy, along with having environmental impacts, could ultimately hinder the ability of U.S. farmers to help meet growing global food needs intensified by the invasion of Ukraine.

In the May 10 brief, the Solicitor General advised the court against taking up a case concerning whether state pesticide labels can conflict with federal labels.

Brad Doyle, soy farmer from Arkansas and president of the American Soybean Association, stated, “Federal law is clear that pesticide labels cannot be false or misleading. Allowing states to require health warnings contrary to decades of sound science is beyond disturbing and obviously not in line with federal law. I and other farmers are concerned this new policy will open the floodgate to a patchwork of state labels that will undermine grower access to safe, effective pesticides needed to farm productively and sustainably.”

At question is whether the state of California can require a cancer warning label for the popular herbicide glyphosate when thousands of studies, decades of robust scientific consensus, and numerous global regulatory bodies—including the U.S. Environmental Protection Agency—agree the herbicide is not a carcinogen.

The new position expressed by the Solicitor General is a stunning reversal from previous, bipartisan administrative policy. The brief asserts federal law and regulations do not prevent states from imposing their own labeling requirements, even if those labels run counter to federal findings.

“Supplying wheat to the world is more important than ever given the unprecedented times with Russia’s invasion of Ukraine. Together, Russia and Ukraine make up one-third of the world’s wheat exports, and the disruptions we are seeing will certainly impact food supply,” said National Association of Wheat Growers President and Washington wheat farmer, Nicole Berg. “Aside from the war, U.S. wheat growers are experiencing extreme weather conditions threatening the quality of their crops this year. 75% of the winter wheat production in the U.S. is in a severe drought. NAWG is concerned this new policy would undermine access to safe and effective crop protection tools that play a critical role in helping feed the world.”

“In the coming months, farmers will have to work even harder to address worldwide food shortages, and a patchwork of state regulations will jeopardize access to the critical farm supplies they need,” said National Corn Growers Association President Chris Edgington. “We hope the Biden administration will reverse its position on this issue.”

The groups call on President Biden to withdraw the brief. They also encourage the president to consult with the U.S. Department of Agriculture to better understand the implications of this decision for science-based regulation, as well as food security and environmental sustainability.