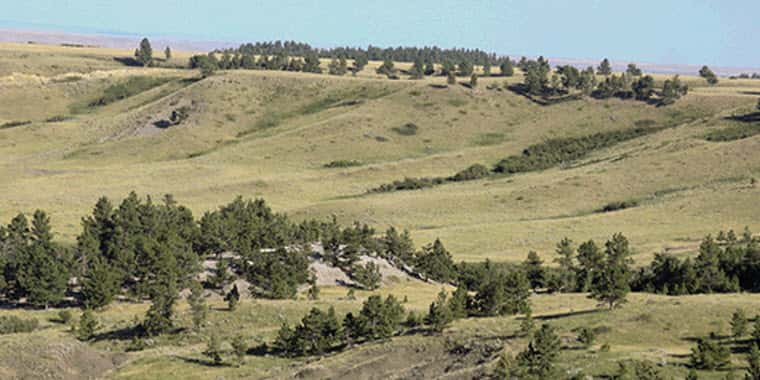 WASHINGTON – This week the National Cattlemen’s Beef Association (NCBA) and the Public Lands Council (PLC) celebrated landmark improvements to environmental policy through finalization of the Trump Administration’s rulemaking on the National Environmental Policy Act (NEPA). The NEPA updates make the process more efficient and timely, while also laying the groundwork for healthy and resilient open spaces and pastureland.

“The modernized NEPA rule brings common sense back to an important rule that was established to protect our land and water resources,” said NCBA President Marty Smith. “President Trump and his team at the Council on Environmental Quality embraced a once-in-a-generation opportunity to ensure this country has the strongest possible environmental policy for years to come. They deserve an abundance of thanks. American ranchers that care for hundreds of millions of acres of private and public lands across the United States know the importance of implementing timely improvements based on the best knowledge at hand. These changes ensure NEPA does not delay good management practices.”

“The process updates to NEPA are celebrated across the West,” said PLC President Bob Skinner. “Today’s rule recognizes the severe limitations of a policy that had not been updated in more than 40 years. Over the last four decades, ranchers learned and adapted to new needs of wildlife and other rangeland users, but outdated NEPA policy prevented us from responding to many critical situations. The changes finalized today bring NEPA up to date, focus the attention on the real issues at hand, and ensure the government is avoiding speculative and duplicative environmental reviews. Thank you to the Trump Administration for engaging and listening to stakeholders on the ground.”

The updated NEPA rule does not change the substantive NEPA law, but rather, improves the management, interpretation, and engagement of NEPA processes. This includes establishing presumptive time limits of two years for environmental impact statements (EISs) and one year for environmental assessments (EAs), codifying relevant case law and determining appropriate levels of environmental review, expanding outreach and utilized technologies, and ensuring meaningful and effective environmental reviews.

President Trump spoke about the rule change at an event in Atlanta. He blamed NEPA rules for causing extensive delays in project construction and adding millions of dollars to the cost of projects.

“This is a truly historic breakthrough, which means better roads, bridges, tunnels, and highways for every UPS driver and every citizen all across our land,” Trump said. “Together, we’re reclaiming America’s proud heritage as a nation of builders and a nation that can get things done, because with these horrible roadblocks that were put in front of us, you couldn’t get it done. No matter how good you were, you couldn’t get it done. You’d wait and wait. You’d go to the next step. You’d say, ‘You can’t start the next step until you finish the first.”

Republicans on Wednesday praised Trump’s latest rollback. Rep. Dan Newhouse, R-Wash., said, “Overregulation and unnecessary permitting delays have had negative impacts on our communities for decades, especially in rural areas.” Newhouse added, “Our constituents cannot afford these delays when trying to renew, maintain, or develop critical infrastructure projects across the country. This rule will finally allow for a streamlined permitting approach, encourage environmental stewardship, and incentivize investment in our rural communities across the West and beyond.”

Senate Agriculture Appropriations Committee Chairman John Hoeven, R-N.D., who is also a member of the Senate Energy and Natural Resources Committee, said, “The rule seeks to prevent delays for infrastructure projects by establishing a two-year time limit for the completion of federal environmental impact statements and a one-year limit for environmental assessments.”

“Further, the new rule would promote information sharing and efficiency among federal agencies as well as better collaboration with state, local and tribal governments,” Hoeven said. “Infrastructure, whether it’s for mitigating natural disasters, producing energy or transporting people and goods, serves as the backbone of our economy.”

Hoeven pointed to the Dakota Access pipeline as a project that has been “bogged down through litigation,” and the federal NEPA review process has also inflated costs and caused significant delays for the pipeline and similar projects.

“This final rule is a welcome effort that builds on our record of providing regulatory certainty for future projects and will help taxpayer dollars go further as we work to build and repair the nation’s infrastructure,” Hoeven said.

But Democrats and environmentalists pushed back on the rule. They argued NEPA was put in place to protect the health and environment, especially of minority and low-income communities that often face the negative consequences of poorly designed projects.

“President Trump either fundamentally misunderstands our national infrastructure challenge or is cynically using it to justify his continued assault on clean air and clean water protections,” said House Majority Leader Steny Hoyer, D-Md. Hoyer added that, most often, major infrastructure delays are “overwhelmingly caused by a lack of funding.”

Hoyer added, “The president’s rule change will only serve to cut communities out of the process of determining how best to move forward with infrastructure plans while again denying the reality of our global climate crisis.”