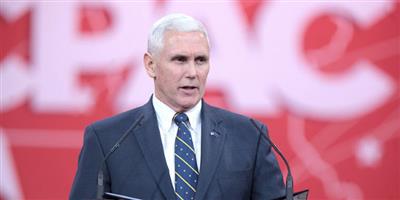 Presumptive Republican presidential nominee Donald Trump has tapped Indiana Gov. Mike Pence as his running mate, much to the delight of those who have worked with Pence on ag issues.

Trump made the announcement on Twitter Friday morning, saying he was “pleased” to add Pence, a one-term governor and six-term congressman, to the GOP ticket. A news conference is scheduled for tomorrow morning. Pence has yet to address his new status publicly, but filed on Thursday to withdraw from the Indiana Governor's race.

Don Villwock, who recently retired after more than a decade as president of the Indiana Farm Bureau, says he's been impressed in his dealings with Pence, both as a governor and a congressman.

“He is truly agriculture's dream candidate,” Villwock said of Pence in an email to Agri-Pulse. Villwock described himself as “a big Mike Pence fan,” adding that Pence understood and supported many facets of agriculture from small farms to large agribusinesses. “He is a good listener and seeks input on issues from all commodity groups,” Villwock said.

Jane Ade Stevens, CEO of the Indiana Corn Growers Association, Indiana Corn Marketing Council and Indiana Soybean Alliance, also speaks well of Pence. In a statement, she said Pence “has been a good leader for Indiana agriculture during his time at the Statehouse.

“We are pleased Donald Trump has chosen a running mate with an understanding of Middle America,” she added.

National Cattlemen's Beef Association Vice President of Government Affairs Colin Woodall concurred, telling the Oklahoma Farm Report that during Pence's time on the House Agriculture Committee, he and NCBA had “a good relationship.”

“He was very engaged and willing to help us on several things,” Woodall said. “We're encouraged it's somebody (with) their hand on the pulse of agriculture and … really probably knows what end of the cow does what.”

Pence, who had previously endorsed Texas Sen. Ted Cruz before the Indiana primary, served in the House from 2001-2012 before a successful run for governor. House Agriculture Committee Chair Mike Conaway, R-Texas, called Pence a “rock-solid guy,” but he pointed out out that his opinions on agriculture may have evolved since he left Congress.

“He's now been governor of an ag-centric state, and I think he'll have a little different perspective on how important good policy is than he may have when he was just a member of Congress,” Conaway told reporters on Thursday.