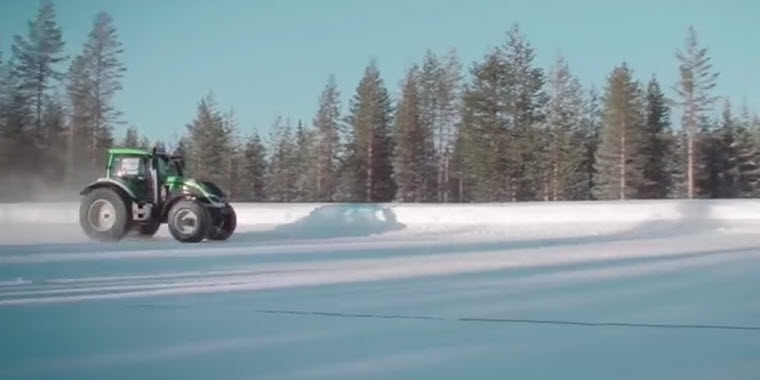 OMAHA (DTN) — Groom, Texas, farmer Mike Friemel said he knows he took a risk in buying six new tractors for his Texas Panhandle farm that produces corn, cotton, wheat and milo. He told reporters Tuesday, however, it was an investment he had to make — even with the future of an important tax provision in question.

A wide range of agriculture groups, industries and other interests began a full-court press Tuesday, calling on the lame-duck Congress to pass a tax-extenders package to include a critical Section 179 deduction for business equipment, including farm machinery, and to re-instate a 50{28d451f77a4de8a52cd2586be6cc1800527fe70ea84e8b3f90098495d088e086} bonus depreciation credit on the purchase of new capital assets, including agriculture equipment, that expired at the end of 2013.

Friemel said the credit is needed to jumpstart an ag economy that has suffered recently from falling corn prices.

“We had to make a large equipment investment,” he said. “I need it retroactive. If not, I will not be making new investments. I know a number of my neighbors have put investments on hold.” Decisions are made, he said, based on how quickly equipment purchases can be expensed so as to maintain cash flow.

Sen. Charles Grassley, R-Iowa, said Tuesday he's unsure when a tax-extenders bill may come up for a vote. During a call with agriculture reporters, he said, “All I can report is that negotiations are still going on.”

The Congressional Budget Office estimates renewing all of the tax breaks that expired Dec. 31, 2013, for one year would cost about $54 billion. The Senate's two-year package of extending 51 tax breaks would cost $84.1 billion in 10 years.

According to the American Soybean Association, Section 179 small business expensing provides agricultural producers with a way to maximize business purchases in years when they have positive cash flow. After the law expired at the end of last year, the maximum amount that a small business could immediately expense dropped from $500,000 to $25,000 adjusted for inflation for 2014.

“Delaying consideration until the next session of Congress in 2015, as some lawmakers are advocating, would be problematic for tax filing season,” the ASA said in a news release Monday.

During a press call organized by a group calling itself the Broad Tax Extenders Coalition, representatives of various sectors of the economy said they would prefer Congress act this year to extend Section 179 as well as other provisions.

Alan Baratz, president and chief executive officer of Scottsdale, Ariz.-based tech start-up Alert GPS said waiting for the new Congress to approve tax extenders would be too late. He said his business already is working on a budget to include equipment purchases and new hires.

Drew Greenblatt, president and owner of Marlin Steel Wire Products, LLC in Maryland, said his company needs to have a research and development credit made part of any tax-extenders package. He said the only way his company grows is to provide the latest equipment to his employees.

“It is critical to have comfort so we stick our neck out and buy more equipment,” Greenblatt said. “We don't want American companies to be sitting on the sideline. We need confidence to know our tax policy matches our optimism.”

In a letter sent to the full House and Senate Monday, the American Farm Bureau Federation called on Congress to pass a number of tax extenders including Section 179, the extension of renewable fuel and power tax incentives including the $1 biodiesel tax credit, as well as the wind production tax credit.

“Failure to extend these tax provisions will result in a tax increase for our nation's farm and ranch businesses,” the letter said. “Acting promptly on tax extenders in the lame duck will provide important predictability necessary for economic growth in the agricultural sector.”

“We are concerned that the failure to renew these expired provisions of the tax code will place additional burdens on farm and ranch families who are asset-rich and cash-poor and already face an unpredictable tax code that encourages the breakup of multi-generational farm and ranch operations,” the groups said.

No, We Don’t Raise Toxic Wheat