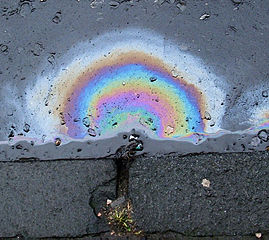 The following is a press release from the Montana Farm Bureau Federation:

The Montana Farm Bureau Federation (MFBF) applauds the passage of H.R. 3080, the Water Resources Reform and Development Act of 2014 not just because it allows improvement of the nation’s waterways but because it makes positive changes to the Spill Prevention Control and Countermeasure Rules (SPCC). Under this legislation, farm and ranch families will benefit from changes in the way fuel storage containers will be counted toward aggregate storage.

“This is good news for our members who were looking at hiring engineers to design systems,” noted John Youngberg, MFBF’s vice president of governmental affairs. “This rule has been a thorn in the side of farmers and ranchers since it was applied in 2009. The SPCC was designed for large oil storage facilities, but unfortunately family farms with smaller fuel storage facilities became included. It doesn’t take more than a few gas cans and a small storage tank to exceed the previous 1,320-gallon limit. We are pleased WRRDA contained sensible revisions for agriculture.”

Youngberg notes that one setback could be that WRRDA calls for a study to be done by the EPA and the U.S. Department of Agriculture to determine if the exemption should be dropped from 6,000 gallons to 2,500.

“We hope they EPA realizes they are dealing with family farms, not industry. However, the changes recently made to this law through WRRDA certainly will help family farmers and prevent overregulation,” Youngberg concluded.