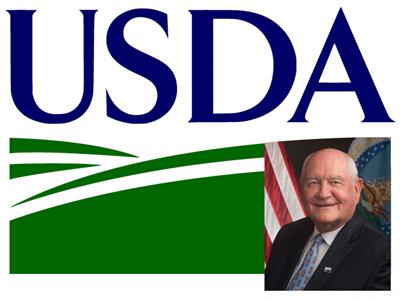 USDA Secretary Sonny Perdue focused on “trade, trade and trade” as he spoke Friday during the closing session of the 2019 Cattle Industry Convention.

The secretary touched on a number of trade and other issues during his 34-minute speech. On China, Perdue stressed the toughest issues continue to be the administration's positions on protecting U.S. intellectual property.

During a press conference prior to his speech, Perdue told reporters he felt there was still a long way to go on substantive agreements with China.

“We're heartened by the spirit,” of Chinese-U.S. talks earlier in the week, he said. But, he added, trade rules are “never done until it's really done, and then it's not really done until there are enforcement mechanisms,” to permanently protect U.S. interests from forced transfer of intellectual property and intellectual theft. He suggested President Donald Trump would not sign an agreement that didn't contain long-term enforcement language.

In front of cattle producers, Perdue said, “We've got to be good neighbors and treat each other's intellectual property like we treat real property.” He asked the audience how they would feel if they saw cows in someone else's pasture wearing their brand.

Perdue also told cattle producers he believes U.S. agriculture has for too long relied on one or just a few customers.

“We want a lot of customers,” he said, segueing into an update of efforts there were underway to expand trade with countries such as Thailand, Philippines, Malaysia and Indonesia. Perdue added that the administration has not forgotten about Japan and the importance of meat exports to Japanese markets.

The comments, and attention, are timely in light of the coming activity around the countries that are part of the Trans Pacific Partnership, or TPP. The Trump administration pulled the U.S. out of TPP negotiations early in his first year, saying the agreement was bad for U.S. trade.

Relating a recent visit with U.S. Trade Representative Robert Lighthizer, Perdue stressed, “He understands how important Japan is to agriculture, particularly the beef sector, and we're working to get standards there over these trade barriers,” such as phytosanitary issues. “He does not want U.S. producers to be at a disadvantage,” to the 11 nations currently under the TPP umbrella. “He's on it.”

Perdue mentioned the announcement Thursday the agency awarded $200 million to 57 organizations through the Agricultural Trade Promotion Program to help U.S. farmers and ranchers identify and access new export markets. He also stressed to the crowd that those funds were seed dollars, meant to be leveraged with independent dollars such as those from the beef checkoff. “These are partnerships, this is not handouts,” he said of the three-year program.

Perdue also promised USDA would continue to be at the regulatory table with regard to cell-cultured — or “fake” — meat issues. USDA and FDA were close to a memorandum of understanding on how the two agencies would regulate the new food product, which is becoming a growing concern for U.S. livestock producers. The MOU came to a standstill during the recent government shutdown.

Perdue allowed there are genetic and other scientific areas around cell-cultured beef that FDA should have the regulatory lead on.

“I want to assure you that when it comes to harvesting that, calling it a product for people to eat, USDA is going to be there guarding the safety and the labeling of that product to make sure consumers know,” he said to loud applause.

He did warn the crowd of cattle producers their customers — meat packers and retail distributors — won't be the ones to defend their product of animal-raised beef. “They are going to be with their customers,” consumers, he said. He challenged the crowd to continue to open up their operations and procedures to local customers.

“We don't have anything to be ashamed about, so we ought to proudly open up, transparently, to say, 'Come on in and see.' You have to combat the misinformation on social media with the facts. Nothing beats the truth.”