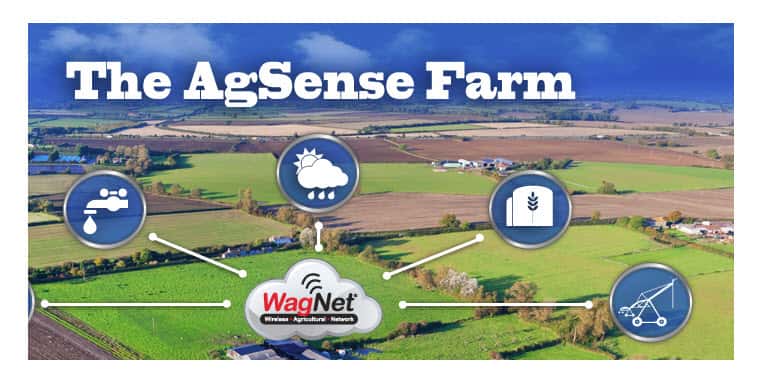 Terry Schiltz, president of AgSense, has a problem. Business at the high-tech company in Huron, S.D. is up substantially from a year ago, and that’s forcing him to put pressure on suppliers.

“We’re doing better than ever. It’s a little difficult on my stress levels. You have to lean on the vendors to push shipments up. I wasn’t counting on a 70 percent increase in business,” Schiltz says. “It’s a good problem to have, but it’s still a problem that needs to be addressed.”

AgSense is the kind of small-business success story that might get overlooked beyond its home turf because of the rural expanses of South Dakota. But that’s the kind of market that AgSense serves.

AgSense provides digital equipment and services that allow farmers to remotely control and monitor irrigation pivots on cropland. Producers may use computers or mobile devices to check from a distance on weather conditions or soil moisture at a specific field, for example, and they can turn on an irrigation system, if needed. They can also remotely track the temperature inside grain bins to determine whether fans need be turned on.

“We’re growing faster and faster it seems like because even with the current downtrend in prices, growers are looking for ways to become more efficient,” Schiltz says.

Most of the company growth has occurred since 2010, he says. With the help of business partners, the company is doing business in more than 40 states and about 20 countries.

The privately owned company produces more than 10,000 devices a year. An established network of 300 U.S. dealers helps distribute products. AgSense has 25 employees. Most of them are based at company headquarters in downtown Huron. However, four sales staffers are based in other states.

AgSense began as a concept of brothers Mel and Terry Wieting in 2002. The company was organized in 2003. Schiltz joined the business in 2004. One of the founding brothers, Terry Wieting, remains an investor in AgSense.

The South Dakota Small Business Development Center network has played a key role in helping turn AgSense into a successful company. Kelly Weaver, regional director at the SBDC’s Aberdeen office, has worked with AgSense, on and off, throughout the company’s life.

“The SDBC has helped us take something from a startup concept and evolve into a successful small business,” Schiltz says.

Weaver started meeting with company leaders in 2002, before AgSense had formally become a company.

“It’s really amazing to think you knew them before they physically had anything to sell and to see how they’re doing now selling their product internationally,” Weaver says. Her most significant contribution probably was helping the company with financial projections, she says.

Keith Deibert, a business adviser with MTS in Sioux Falls, has been meeting with AgSense, on and off, since 2011. Deibert has helped the company with tasks such as analyzing and updating operations. He serves primarily as a facilitator, he says. AgSense employees drive the changes.

“I think they’ve been very successful. They continue to grow and make money. And that’s what our mission is: to help companies grow and be successful,” Deibert says.

B.J. McNeil, who farms in the Wessington, S.D. area is among AgSense’s satisfied customers. AgSense products and subscription service allow McNeil to monitor fields from 50 miles away to make sure pivots are working properly.

“Basically, it just allows us to be in the field less. We can do it from home, from the shop, from the office. Wherever we are, we can look up our information. We don’t have to drive out there,” McNeil says.

In addition to MTS, other programs in the state business-assistance network include South Dakota Procurement Technical Assistance Centers, International Trade Center and Small Business Innovation Research program. A majority of the assistance is available at no charge.

The Aberdeen office of the SBDC serves a 13-county, triangular-shaped area in northeastern South Dakota that stretches roughly from Mobridge to Sisseton to Huron. Weaver may be reached by calling 605-626-2565 or writing kweaver@midco.net.

For general information about the South Dakota SBDC and affiliated programs, see www.sdbusinesshelp.com or call (605) 367-5757.

House Votes to Kill EPA Waters of the U.S. Rule