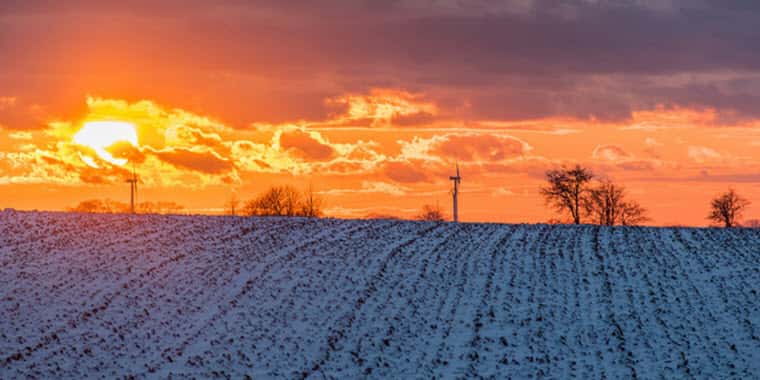 CHICAGO (DTN) — Reflecting the duality of American politics today, House Democrats on Tuesday announced they had reached a deal with the Trump administration over the U.S.-Mexico-Canada Agreement just hours after House leaders also detailed two articles of impeachment against President Donald Trump.

The deal reached on USMCA will allow the House of Representatives to vote on the trade pact as early as next week. In a press conference, House Speaker Nancy Pelosi, D-Calif., said changes agreed to during negotiations with the White House, Canada and Mexico over labor and environmental standards, as well as prescription drugs, make USMCA an improved trade pact.

“There is no question, of course, that this trade agreement is much better than NAFTA,” Pelosi said, referring to the North American Free Trade Agreement that USMCA will replace. Pelosi added, “We’re declaring this a victory for the American worker.”

Even as a House impeachment vote looms, the agreement on the trade pact is a major trade and economic victory for President Trump, who took time out on Twitter between complaints about the impeachment to offer praise that a deal had been reached on USMCA.

“America’s great USMCA Trade Bill is looking good. It will be the best and most important trade deal ever made by the USA. Good for everybody — Farmers, Manufacturers, Energy, Unions – tremendous support. Importantly, we will finally end our Country’s worst Trade Deal, NAFTA!” Trump tweeted, following up with, “Looking like very good Democrat support for USMCA. That would be great for our Country!”

Getting USMCA to a congressional vote has been a priority for major agricultural lobbies all year. That is especially true in the midst of tariff disputes over the past three years that included retaliatory tariffs from Canada and Mexico over steel and aluminum tariffs put in place by the Trump administration.

In the grand scheme of U.S. trade with Canada and Mexico, the trade deal will not add significant dollar values to three-way trade that already reaches more than $1 trillion a year in value. According to an International Trade Commission report last spring, USMCA would add about $68 billion in U.S. overall exports when implemented, including about $2.2 billion in additional agricultural exports. In comparison, U.S. agriculture exported $135.5 billion in commodities in fiscal year 2019.

Mexico’s legislature has already ratified the deal, but may need to vote again to agree to some changes made in the text. Canada’s government was also waiting for a final agreement within the United States before its leadership would bring USMCA to a parliament vote.

Due to NAFTA, Canada and Mexico are already top trade destinations for U.S. agricultural products. But USMCA will help assure certainty and no tariffs for most commodities, as well as open up more dairy access into Canada with estimations that the U.S. will be able to export roughly $300 million more in dairy products there. Canada also would no longer be able to use a special dairy class pricing to block U.S. exports.

“Passing USMCA would be a boon to America’s dairy farmers,” said Jim Mulhern, president and CEO of the National Milk Producers Federation. “USMCA will expand trade opportunities with our most valuable partners and secure immediate benefits for our rural communities, adding an estimated $548 million to dairy-farm revenues in its first six years after implementation. Newly announced improvements to USMCA will also ensure that if our trading partners flout their dairy obligations under the trade deal, the U.S. has the tools it needs to vigorously enforce our rights. An already good deal for U.S. dairy farmers is even better now, thanks to these changes.”

Canada also will no longer be allowed to automatically discount U.S. wheat as “feed grade,” a significant change for U.S. wheat producers.

Rep. Richard Neal, D-Mass., chairman of the House Ways and Means Committee, led a working group that negotiated with U.S. Trade Ambassador Robert Lighthizer. Neal said negotiations throughout the summer on key Democratic priorities became tense at times, but the final outcome provides better labor and environmental enforcement in Mexico. Changes were also made to patents for prescription drugs that could bring prices down, he said.

“This is a transformative agreement. It is a template, I believe, for future agreements,” Neal said.

In a critical breakthrough for Democrats, changes made in the talks allowed Richard Trumka, president of the AFL-CIO labor union, to approve of the deal. Just last month, Trumka was calling for Democrats to delay a vote as long as possible. Trumka on Tuesday said changes made in labor standards and enforcement in Mexico were enough for the labor union to agree to the deal.

“We demanded a trade deal that benefits workers and fought every single day to negotiate that deal; and now we have secured an agreement that working people can proudly support,” Trumka said in a statement.

While the House can take up USMCA and vote on it as early as next week, it’s more of a challenge for the trade deal to clear the Senate in 2019. Senate Finance Chairman Charles Grassley, R-Iowa, had expressed concern over whether that could happen. A spokesman for Grassley, in an email to DTN, stated a vote this year is unlikely.

“It all depends on when USTR submits text and the House votes. It’s possible, but unlikely, given the calendar. It could happen early in 2020,” Grassley’s spokesman stated.

Agricultural groups have pressed hard to get Congress to commit to the deal. Zippy Duvall, president of the American Farm Bureau Federation, on Tuesday called for swift passage of the trade pact as farmers look for some economic opportunities to boost incomes.

“Agriculture is at a critical crossroads with the downturn in commodity prices, losses from natural disasters and the trade war,” Duvall said. “This is an opportunity for Congress not only to help U.S. farmers and ranchers turn the corner on trade, but also show that Washington can still get things done on a bipartisan basis.”

Duvall added that USMCA ratification “would build on the momentum of the U.S.-Japan agreement,” another recent trade deal that will provide duty parity for the U.S. with some of Japan’s other major trading partners.

Angela Hofmann, co-executive director for Farmer for Free Trade, a coalition put together by agricultural groups, stated the deal reached “is welcome news and relief for American farmers. Now it’s time to get the bill passed before politics can get in the way. Farmers and ranchers will be watching closely to ensure that their members of Congress are standing up for American agriculture.”

Iowa farmer Kevin Ross, president of the National Corn Growers Association, said the agreement, and passage, will help farmers close out 2019 with a win for America’s farmers and the U.S. economy.

“NCGA’s top legislative priority in 2019 has been passing USMCA,” Ross said. “Today’s announcement brings us one step closer to ratifying this important agreement and securing the future of our trading relationship with Mexico and Canada, the top export market for U.S. corn farmers. It’s been a brutal year for many farmers who really need the certainty this would provide for agricultural trade.”

The deal is also somewhat of a relief for some Midwest freshmen Democrats in Congress who were feeling pressure from farmer constituents over the long negotiations and impeachment. Rep. Cindy Axne, D-Iowa, for instance, had pushed aggressively on USMCA because her district is heavily agricultural.

“This agreement would provide certainty for farmers and producers by ending the threat of back-and-forth retaliatory tariffs that this administration has pursued. I am thankful that the House Working Group and U.S. Trade Representative Lighthizer worked in good faith and negotiated a better deal for all Americans and did so before the year end,” Axne said.