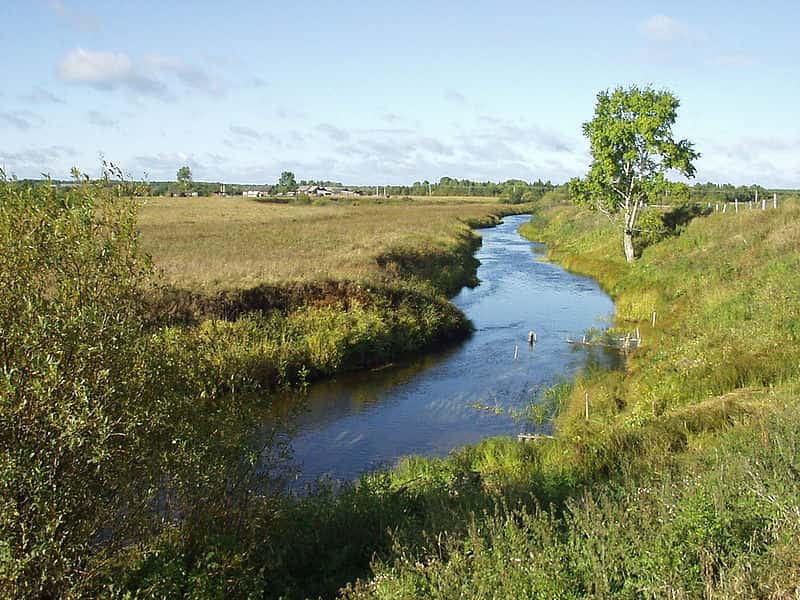 Potential connections between ephemeral and navigable waters continues to worry farmers and ranchers.

OMAHA (DTN) — EPA Administrator Gina McCarthy told farmers and agribusinesses on a trip to Missouri last week that agriculture essentially has 'nothing to worry about' and that 'nothing will change' with the proposed Clean Water Act rule. Yet many of the 204,416 public comments submitted so far to regulations.gov on the rule suggest the agency has a ways to go to convince the industry.

One thing is consistent among farmers and farm groups from the states of Washington to Louisiana, Kansas and Maryland: concern about potential connections the rule makes between ephemeral waters — waters that exist only a short time following precipitation — on their fields and navigable waters.

“Given the new rule, the few gullies that have seldom run water in the 107 years that my family has farmed in this area,” he said, “would be considered to be under the jurisdiction of the Clean Water Act and the federal agencies responsible for Clean Water Act enforcement. Because of our severely limited rainfall, we no-till or reduce till our land to conserve moisture.”

As a result, Sipes said his dryland wheat yields have increased by more than 160{ba1edae1e6da4446a8482f505d60d3b8e379ff6dedafe596d9ba4611a4e33a48}. That has allowed the farm to add another crop to the rotation, giving Sipes two crops in three years rather than one crop in two years with conventional tillage.

“I am concerned that federal jurisdiction of our gullies would lead to delays in our no-till herbicide and fertilizer applications,” he said. “Timing is everything when farming land with marginal rainfall. Any delay in weed control or planting can eliminate the next crop and put our farm in financial jeopardy.”

The Louisiana Farm Bureau Federation (LFB) said in comments that it believes EPA is “effectively removing the word navigable from the definition” of the Clean Water Act.

“If EPA can make any of these connections, then it would have jurisdiction over that property,” LBF said. “Furthermore, EPA takes the position that a tributary may be ephemeral (defined as short-lived, momentary, brief, lasting only a day), intermittent or perennial, but the tributary must drain into waters which are currently used in the past, or may be susceptible to use in interstate commerce in the future. This expansive definition puts all waters under federal jurisdiction.”

McCarthy said last week that two U.S. Supreme Court rulings essentially sent a “strong” signal to the agency to rewrite the definition of waters of the U.S. to account for alleged connectivity between small water bodies and navigable waters. The LFB, however, said it has a different take on the rulings.

“We find that the proposed rule appears to ignore the U.S. Supreme Court decisions in the cases of Solid Waste Agency of Northern Cook County v. U.S Army Corps of Engineers in 2001 and Rapanos v. United States in 2006, in which the court told the agencies that they had exceeded their statutory authority to regulate areas never intended by Congress,” the LFB said, “and furthermore, dismissed EPA's attempts at regulating seasonally dry streams that had at one time flowed, or could flow downstream, reaching municipal drinking water systems.”

The group said it doesn't trust EPA when it says the rule would not regulate groundwater. “The proposed rule, however, states that if a wetland or open water has a surface or shallow sub-surface water connection to a river network, it affects the condition of downstream waters,” LFB said. The group said EPA does not specify how shallow such connections must be.

The Washington state Cattlemen's Association said the interpretative rule listing 56 exempted Natural Resources Conservation Service conservation practices “will take NRCS out of its historically recognized voluntary incentive-based presence and place NRCS into a regulatory position. This type of an approach accelerates landowners' distrust of the EPA and weakens its credibility as an honest and transparent partner working towards improving water quality.”

During an interview with DTN last week, McCarthy said the practices identified are not meant to be narrowing or all-encompassing. The rule itself leaves open the door to other similar practices to be added to the list.

The Washington Cattlemen's Association said its members are concerned EPA will use the rule to expand its reach on farms and ranches.

In comments to EPA, the Washington Farm Bureau in Washington state outlined the unique challenges its ag industry faces. The group that represents some 41,000 members said the rule still places emphasis on individual Clean Water Act determinations as to which waters are covered.

“This potential outcome is unfair and unwise because some EPA staff may be influenced by political supporters who have shown little regard for the consequence to farm viability or the nation's food production capacity,” the Washington Farm Bureau said.

Ambiguity in the rule, the group said, “is especially troubling” in rainy areas like western Washington “where it is not hard to imagine disagreements over what the rule and policy mean when they refer to subsurface groundwaters and hydrological connections between 'navigable' waters (as newly and more expansively defined).”

Washington already continues to see a loss of farm land. The group said it fears the new CWA rule would accelerate those losses.

“According to Washington's Office of Farmland Preservation, in fact, Washington is losing productive agricultural lands at a rate of about 75,300 acres per year,” the group said. “At that rate, Washington will lose more than 400,000 productive acres by 2020, and we will lose 753,000 acres, over 10{ba1edae1e6da4446a8482f505d60d3b8e379ff6dedafe596d9ba4611a4e33a48} of Washington's current agricultural land base, in the next decade alone. That outcome is not acceptable for any of us. Unless modified substantially, this EPA rule will further accelerate the loss of Washington farmlands.”

David Lines, a member of the board of directors on the Charles County Farm Bureau in Maryland, said producers in his region already affected by the total maximum daily load, or TMDL, put in place to reduce runoff into the Chesapeake Bay, are concerned the new rule will make farming even more difficult.

“Over half of our farm already cannot be farmed because it is part of the Zekiah Swamp, and over the years the rules about which activities are allowed in this area have become more strict,” he said. Lines said on the upland portion of his farm there are three streams — one that flows year-round and two that dry up in the summer.

“Oftentimes we see regulations imposed that erode away the traditions and way of life that our members proudly pass through generations of their families,” the group said in comments to EPA. “We are very concerned with the scope of this proposal and the broad authority it gives to the EPA and Corps (of Engineers). There is no legal right to a CWA discharge permit, giving the agencies ultimate control to restrict a producer's ability to farm. The rule would undoubtedly establish federal veto power over farming and other land uses.”