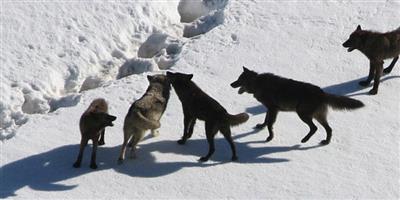 All WY Ranchers With Livestock Killed By Wolves Could See Compensation

A Wyoming lawmaker is sponsoring legislation to create a new state compensation program for ranchers who lose livestock to wolves. The bill sponsored by Republican Rep. John Winter, of Thermopolis, would create a fund with $90,000 to reimburse ranchers over a two-year period.

Currently only livestock killed within wolf-hunting zones in western Wyoming qualify for compensation. The Wyoming Game and Fish Department pays out about $385,000 a year under the program, the Casper Star-Tribune reports.

Under Winter’s bill, ranchers who lose livestock to wolves outside wolf-hunting areas also would qualify for compensation.

Other reimbursement programs have been discontinued since the U.S. government removed Wyoming’s wolves from federal protection in 2018.

The bill would need a two-thirds vote to be introduced during this winter’s legislative session dedicated primarily to the budget. The four-week session begins Feb. 10.

People have a right to protect their property. If there is not sufficient funding for ALL stock losses via wolves. Then they should be killed on private property by the property owners if they choose to do so.

There should be no livestock loss due to man created Wolf introduction . It is a flawed program from the beginning!