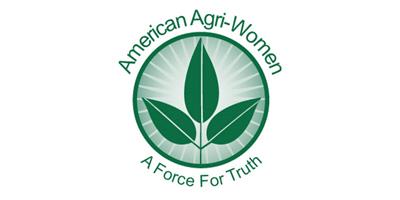 American Agri-Women (AAW) concluded its year-long celebration of its 40th anniversary and its Drive Across America at its annual convention held recently in Portland, Maine. The organization also elected its national officers and recognized outstanding advocates for agriculture.

AAW is the nation's largest coalition of farm, ranch and agribusiness women representing more than 50 state, commodity and agribusiness affiliates. The 40th annual convention's theme was “Harvesting the Future” and was hosted by Maine Agri Women who started the celebration for the “Next 40 Years.” As part of the Anniversary Celebration, the Past Presidents Council unveiled a new history book “1995-2015 A Look Back at the Last 20 Years.”

At the Convention, AAW presented its 2015 VERITAS award to Dr Michael Coffman of Bangor, Maine. Dr Coffman has continuously led in the direction of investigating federal encroachments and over-regulation. He has continuously written and spoken to the public to increase the awareness of the decreasing influence of property owners and the increased government mandates that reduce and hamper the management decisions by landowners. The VERITAS award is given annually to a person who has given public witness to “the pursuit of truth.” It is the highest honor given to a non-member.

As part of the Anniversary Celebration, the Past Presidents Council unveiled a new history book “1995-2015 A Look Back at the Last 20 Years.” There was one done about the first 20 years prior to this.