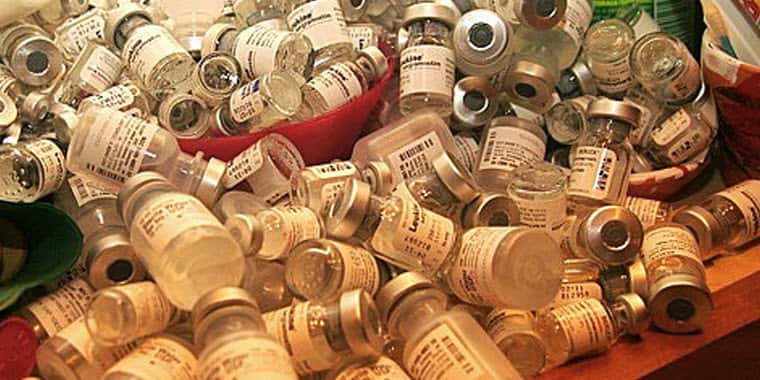 (Dow Jones) — Public-health groups urged the Obama administration to take more aggressive steps to limit and track the use of antibiotics in cows, chickens and other food animals after the Food and Drug Administration Friday reported a sharp increase in antibiotic sales between 2009 and 2013.

The practice of giving antibiotics to animals — to promote quicker growth or prevent disease — is drawing increased scrutiny because some strains of bacteria have grown resistant to antibiotics, robbing humans of a powerful tool to fight infections. Antibiotic-resistant bacteria are responsible for some two million illnesses annually in the U.S., and more than 23,000 deaths, according to the Centers for Disease Control and Prevention.

“The federal government needs to do more,” said Avinash Kar, a senior attorney at the Natural Resources Defense Council and an expert on antibiotics policies. The practice of giving routine doses of antibiotics to animals is akin to “giving antibiotics to your kids before they head off to day care when what they really should be doing is washing their hands.”

Gail Hansen, a senior officer at the antibiotics resistance project at Pew Charitable Trusts, said the government should be collecting more detailed data on how, when and where antibiotics are given to animals.

The North American Meat Institute, which represents meat and poultry companies, dismissed Friday's sales figures since they don't indicate how the drugs were used in the animals and for what purposes.

“It is hard to glean much information about what the report means as far as the key issue of antibiotic resistance is concerned,” said Betsy Booren, the group's vice president of scientific affairs.

Separate from government efforts, food companies have started to offer antibiotic-free meat, responding to consumers' concerns. McDonald's Corp. announced in March, for example, that it would stop selling McNuggets and other chicken products in the U.S. made from birds raised with drugs that are important to human health.

The FDA is pursuing a separate plan to get drug companies to phase out antibiotics that have been designed as growth promoters in animals. All drug companies have voluntarily agreed to comply and have until December 2016 to make the necessary changes.

The FDA is also calling on farmers and ranchers to get veterinary approval to use drugs to treat or prevent diseases. The Natural Resources Defense Council and other groups are concerned that the FDA's plan will do little to curb the use of antibiotics, given the ability of farmers and ranchers to continue using the drugs for disease prevention.

The figures released by the FDA Friday do not reflect any declines made as a result of the agency's plan. Instead, they'll serve as a baseline of sorts to determine whether the FDA's new plan is yielding results.

A report issued in September by the President's Council of Advisors on Science and Technology reiterated that bacteria are growing increasingly resilient in large part because drugs are given too frequently to humans. The report said the use of drugs in animals were also a matter of serious concern.