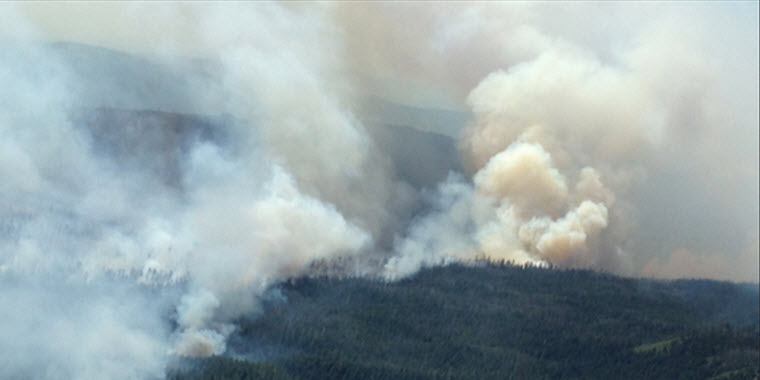 A 1,000-acre wildfire in early April has the Helena-Lewis and Clark National Forest tapping into firefighting resources earlier than hoped.

According to the Helena Independent Record (http://bit.ly/22RjRPx) The Elk Hill fire started over the weekend in the Bob Marshall Wilderness northwest of Augusta, sending fire crews in on foot and helicopters in an attempt to suppress the blaze. The fire is burning in a mix of grass and downfall within the perimeter of a 2005 wildfire and moving into mature stands of Douglas fir.

Rocky Mountain District Ranger Mike Munoz said it is the earliest fire he could recall in his tenure 2 since 1999, according to forest public affairs officer Kathy Bushnell.

“It definitely has us tapped into the fire budget earlier, but we’ll have to wait to see what that will do,” she said. “Although it’s unlikely, it could be the only fire or more likely the first of many.” “The fuel moisture is well below normal and it’s actually similar to conditions we’d see in August,” Bushnell said, adding that other areas in the district have stronger fuel moisture levels.