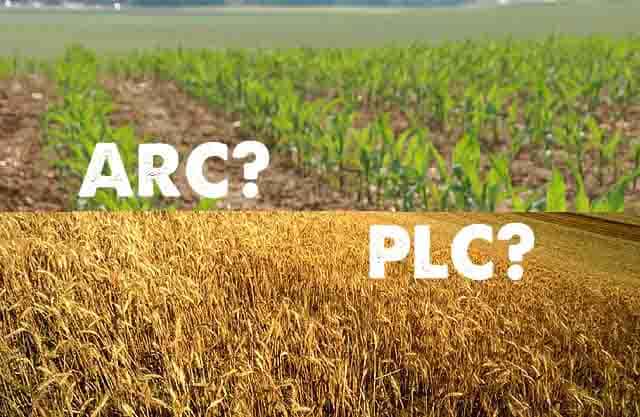 “Don't rush the decision now,” said Pat Westhoff, program director for the University of Missouri's Food and Agricultural Policy Research Institute. “We don't expect sign-ups to occur for quite some time yet, not until 2015,” he told bankers and lenders gathered for the Emerging Issues in Agricultural Lending Conference in Columbia, Mo., on June 3 and 4.

In the meantime, land-grant economists like Westhoff continue to crunch numbers and run future commodity price scenarios in an effort to help producers decide which farm bill program is better suited to their needs.

On Tuesday, Westhoff presented FAPRI's most recent analysis of the two programs to conference attendees. The analysis reflected the growing consensus among economists that the Agricultural Risk Coverage program (ARC) is more likely to benefit corn and soybean producers in the next two or three years, while wheat and rice growers might find more protection in the price-driven Price Loss Coverage (PLC) program.

FAPRI's analysis was based on January market conditions and the Institute's average price projections released in March, which were produced by running 500 different market outcomes based on factors like weather and export demand, Westhoff explained. “Things will change,” he noted. “By the time producers sign up, we'll know more about the market circumstances and we'll know the final rules.”

FAPRI's price projections, which favor $4 corn for the next five years, suggest that the PLC program will hold little short-term attraction for corn farmers. ARC payments are more likely to be triggered in the next two years for corn, but growers should keep in mind that ARC's benchmark revenue level is not rigid, Westhoff noted.

“Note that as prices fall in our projections from where they've been, that benchmark eventually adjusts downward,” he explained. “It's a five-year moving average, so it takes out the highs and it takes out the lows. So those high prices we had in 2012 eventually drop out of the mix, and we're left with a bunch of average prices around $4.50 or less. Multiply that by average yields for the last couple years, and that benchmark drops.”

By FAPRI's calculations, average PLC payments could overtake average ARC payments for corn farmers as early as the 2016-17 crop season.

“This is going to be a common theme,” Westhoff said of this trend. “ARC may be likely to provide payments for farmers the first two years, and the reverse may be true later.”

The FAPRI analysis of the two programs for soybeans favored ARC slightly more, with average PLC payments not overtaking average ARC payments until the 2018-19 crop season.

Corn farmers might face more of a dilemma than soybean growers if FAPRI's price projections hold true, Westhoff pointed out. Across the next five years, the payment differences between the two programs in FAPRI's analysis actually cancel each other out for corn growers.

“It depends on what kind of risk you're trying to protect against,” he added. “Are you worried primarily about prices? Or are you worried about both prices and yields in your county or farm?”

Of all the commodities covered by the two new farm bill programs, rice and wheat growers might have the easiest decision, Westhoff said.

Starting in 2015, the FAPRI analysis suggests that average PLC payments to rice producers would be roughly six times larger than average ARC payments each year.

“Unless you're a lot more optimistic about future rice prices than we are, it looks like PLC is more likely to be attractive to rice producers than ARC,” Westhoff said. “You don't have as much yield variation in rice as you do in other crops, so it doesn't trigger payments as often (under ARC).”

Likewise, average PLC payments for wheat growers overtake average ARC payments in 2015 and the gap only widens over the next four years in FAPRI's analysis. The results are driven by FAPRI's projections of wheat prices falling under $6 starting in 2015.

“Given our price projections for wheat, which are a bit lower than the (PLC) reference price, in the first year there isn't much difference between the programs, and in later years, if prices are as low as we project on average, PLC pays out more than ARC,” Westhoff noted.

Growers don't need to make any permanent decisions for some time, and future market conditions and trends could make the final sign-up in 2015 less nerve-wracking, Westhoff concluded.

“By that time, we'll have a pretty good idea what happened in 2014 production and prices and will probably have a reasonable guess what to expect in 2015,” he said. “It looks to me that the bottom line will be your take on prices. If you're very optimistic about the future of crop prices, with little downside at least for corn and soybeans, then ARC will be better. If you're very pessimistic or concerned about prices, then PLC may be a better choice.”

To see FAPRI's overall analysis of the farm bill, visit this site: http://goo.gl/….