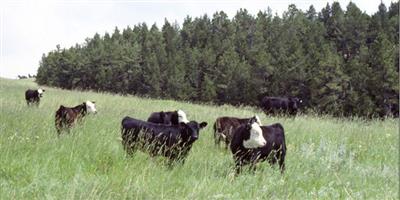 Argentina has now sent beef to the U.S. for the first time in seventeen years.

A 500kg (one half of a metric ton) consignment of ribeye was this week sent to Miami by Swift Argentina, a division of Brazilian beef giant JBS. News of the shipment comes just two weeks on from news that the USDA declared Argentina as eligible to resume shipments of raw beef.

After a meeting with Swift executives, Argentine Agriculture Secretary Luis Miguel Etchevehere said it was ‘enormously satisfying’ that exports were getting underway so soon after being approved. He hailed the fact that the consignment was made up of high value cuts, while praising the private sector for ‘quickly investing in response to political breakthroughs’.

American cattle organization have expressed concerns with allowing Argentina beef into the domestic market. U.S. Cattlemen’s Association President Kenny Graner says while his group supports trade deals, he has concerns with this one. Chief among those concerns is Argentina’s problems with foot and mouth disease.

Argentina stopped exporting beef to the U.S. 17 years ago due to U.S. concerns over foot-and-mouth disease. But Marisa Bircher Argentina’s international trade secretary said, “We have eliminated that through a vaccine program in our livestock sector.”

Reciprocal access to the Argentina market for U.S. beef is included with the agreement but U.S. beef will face a challenging economic climate in Argentina, as the country is currently in recession. According to the latest estimates, Argentina’s GDP is expected to decline 2.3 percent in 2018 and consumer prices are up 34 percent year-over-year.

Sweetbreads (thymus or throat) are the most likely U.S. beef products to gain immediate traction in Argentina. Through September, U.S. exports of sweetbreads totaled 5,611 metric tons (mt) valued at $7.55 million, of which 5,061 mt (valued at $6.75 million) went to Mexico.

Joe Schuele, spokesman for the U.S. Meat Export Federation, reported that before any U.S. beef can be exported to Argentina, meat companies need to register their products, processing plants and labels with Argentina’s National Service for Agrifood Health and Quality.