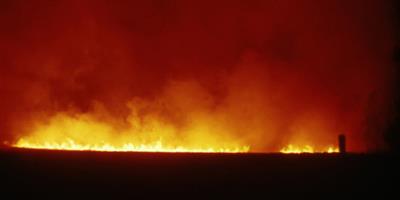 Another great update from Montana State alum and Livestock Market Specialist for Oklahoma State University, Derrell Peel. This time on the impact of the fires burning in Australia on the cattle market.

The ongoing wildfires in Australia represent the latest in nearly a decade of environmental challenges the country has faced.  This has prompted questions about the impact of the fires on Australian cattle and beef production and trade.  This article was compiled from several Australian reports and other media and data sources.

The majority of the fire impact is in New South Wales (NSW), in the southeast coastal region of the country, with over 12 million acres burned.  NSW includes approximately 18 percent of the Australian cattle herd.  One recent report indicates that over 6,000 head of livestock have been lost thus far in NSW.  The other state heavily impacted is Victoria, just below NSW in far southeast Australia, with about 3 million acres burned.

Victoria has about 15 percent of the total Australian cattle inventory, including about two-thirds of the 1.4 million dairy cows in Australia. Victoria and NSW, which include major population centers of Sydney and Melbourne, along with the national capital of Canberra, include most of the Australian dairy industry with as much as one third of total dairy production impacted by the fires.

The wildfires are the result of several years of widespread and prolonged drought in Australia.  Drought-forced cattle liquidation is pushing total cattle numbers to thirty-year lows, about 24 million head, in 2020.

After peaking in 2014 at 29.3 million head, numbers dropped to 25 million head in 2017, recovering slightly in 2018, before decreasing again in 2019 as drought resumed.  Additional cattle losses occurred in Queensland, in northeast Australia, as massive flooding killed over 300,000 head in early 2019.  Queensland accounts for roughly 47 percent of total Australian cattle inventories.

Australian beef production and exports in 2019 were higher than previously projected as drought forced additional herd liquidation, with female slaughter reaching record proportions of total cattle slaughter.  Beef production is forecast to decrease nearly 15 percent year over year in 2020, to the lowest level since 2010, with Australian exports declining by over 19 percent from 2019 levels.

Australia is expected to drop to fourth place among global beef exporting countries behind Brazil (# 1), India (# 2) and (for the first time) the U.S. (#3).

Australia typically exports roughly 70 percent of total beef production and has seen major changes in export destinations recently.  Traditional beef exports to Japan, the U.S. and South Korea were surpassed in 2019 by China, which accounted for 24.4 percent of total Australian beef exports in 2019.

Japan accounted for 23.3 percent of exports; the U.S. for 20.5 percent and South Korea for 13.2 percent of 2019 Australian beef exports.  U.S. imports of Australian beef are up 4.0 percent for the January-November, 2019 period; the second largest import source behind Canada and accounting for 23.2 percent of year to date beef imports

It is mid-summer now in Australia and the drought continues unabated with severe rainfall deficits and above average temperatures.  Additional herd liquidation is likely if conditions do not improve.  In any event, Australian cattle and beef production will be reduced for the foreseeable future and rebuilding, whenever it can begin, will take several years.

All WY Ranchers With Livestock Killed By Wolves Could See Compensation