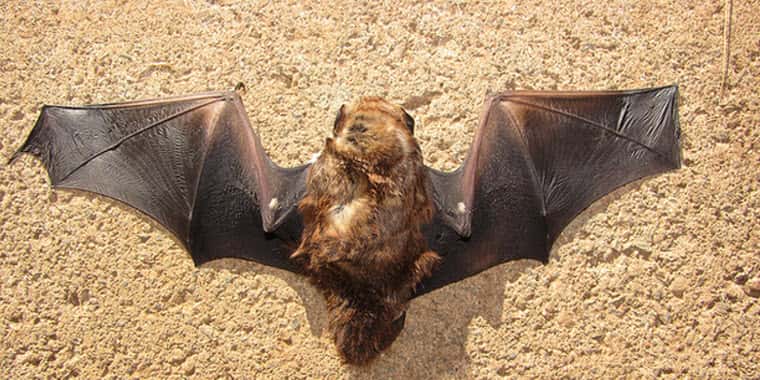 Bats Worth $1 billion to Agriculture

Corn farmers, look to the sky at dusk and mutter thanks to the bats swooping over your moth-ridden fields: Those winged mammals put more than $1 billion back into your collective pockets, a new study suggests.

The first-of-its-kind research used nets to fully enclose 20-by-20-meter fragments of large corn fields at night, thereby excluding foraging bats, throughout the growing seasons in southern Illinois in 2013 and 2014. The team’s analysis focused on damage caused by corn earworms, the crop-damaging larvae of a species of moth (Helicoverpa zea) that lives worldwide and is often preyed upon by bats such as North America’s eastern red bat (Lasiurus borealis).

The drop in damage could be attributed to bats, the researchers say, because the crop-enclosing nets were rolled up during daylight hours to provide access for farmers and pest-eating birds.