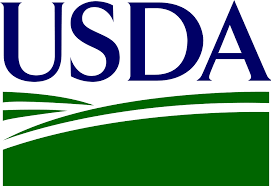 OMAHA (DTN) — Major livestock and meatpacker groups on Friday called on USDA to withdraw proposed rule changes to the Packers and Stockyards Act.

The extended comment period ended Friday for an interim final rule and proposed rules under the Grain Inspection, Packers and Stockyards Administration — GIPSA. The “Farmer Fair Practice” rules were released by the Obama administration in late December after roughly eight years of steady industry infighting over what the rules would do.

Among the major livestock groups, there is little gray area regarding the impact. The livestock marketing rules are either draconian and would kill producer premiums, or would bring needed fairness and leverage to smaller producers facing increasingly concentrated livestock and poultry industries.

The rules were derived from language in the 2008 farm bill and immediately became controversial after USDA made its first proposed rules in 2010. The rules were blocked by Congress refusing to fund any effort to advance them, until last year when Congress relented in the Fiscal Year 2016 funding bill. USDA began advancing the rules shortly after.

The rules include an interim final rule regarding how USDA, under the Obama administration, wanted federal courts to interpret a provision of the 1921 Packers and Stockyards Act. Federal courts have repeated rules in cases between poultry growers and poultry companies that a grower must demonstrate that a company's negative action toward an individual producer harmed competition in the entire poultry market. Since the 1980s, USDA has used the standard in cases involving beef and pork producers that the livestock producer does not have to show such harm to competition to bring a Packers and Stockyards case against a meatpacker. USDA has repeatedly argued the same language should apply to poultry contracts as well.

The second proposed rule would restructure the tournament payment system used in the poultry industry by giving USDA authority to determine if a ranking system for poultry growers is fair or unjustly discriminatory, or deceptive. The poultry industry has opposed any USDA rules that could create problems with the company tournament systems.

The National Chicken Council on Friday called the combined three rules “draconian” and detailed several reasons why the rules should be withdrawn. The chicken council stated the rules “would inflict billions of dollars of economic harm to American agriculture.” Further, the rules exceed GIPSA's statutory authority and “represent an arbitrary and capricious abuse of federal regulatory authority.”

Craig Uden, president of the National Cattlemen's Beef Association, said the rules would threaten market incentives for producers, as well as threaten the quality of beef produced in the U.S. Citing a study by Informa Economics for NCBA and the National Pork Producers Council, Uden added that the rules could cost the cattle industry $954 million. The interim final rule would hurt alternative marketing agreements that NCBA states now reward cattle producers. NCBA indicated the rules would increase litigation because producers would simply have to state they are being treated unfairly by a packer to start litigation.

“What incentive would a packer have to pay for superior cattle when they may be sued for rewarding quality? The industry will be forced back to treating all beef as commodity beef under a one-size-fits-all approach,” Uden said.

The National Pork Producers Council also indicated the rules would seriously harm the pork industry. The rules would replace negotiated contracts with standard terms that NPPC called unworkable. Further, NPPC said the rules risk an “explosion” in Packers and Stockyards lawsuits and would lead to the federal courts regulating the industry.

In testimony before a House Agriculture Subcommittee this week, Roger Johnson, president of the National Farmers Union, said the Farmer Fair Practices rules provide some basic protections for farmers and ranchers dealing with anti-competitive and abusive practices by packers.

“For years, USDA has attempted to address the anticompetitive behaviors of the meatpacking industry most recently by promulgating the Farmer Fair Practices Rules,” Johnson said. “Family farmers and ranchers operating in an extremely consolidated marketplace should have the full protection of the Packers and Stockyards Act of 1921.”

OCM wrote President Donald Trump earlier this month, calling on the president to allow the rules to go into effect. On the interim final rule, OCM stated the rule is necessary because of the high market concentration involving the four largest meatpackers, which demands basic safeguards for individual farmers and ranchers selling to the giant packers.

“We are hopeful you and your administration can take these rules across the finish line on behalf of America's independent family farmers and our rural communities,” stated OCM President Mike Weaver in his letter to Trump.

It's unclear how Trump's administration will handle the rules. The interim final rule on harm to competition would go into effect April 22 unless the administration delays it or withdraws the rule.

Trade a Top Priority: Meet the New Director at the MT Dept. of Ag