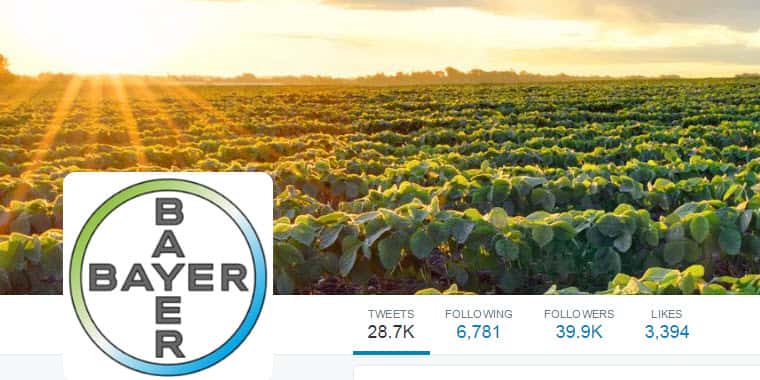 Bayer AG's crop science division apologized on Monday for a tweet that suggested reduced meat demand could benefit the environment, in a bid to appease outraged farmers who buy the company's seeds and chemicals.

The tweet, published on the official Bayer Crop Science (@Bayer4crops) account on Sunday, linked to a Vox.com article that said “going vegetarian can cut your food carbon footprint in half.”

The post sparked a backlash on Twitter from North American grain growers who sell much of their harvests to livestock operations and from farmers who raise animals. A decline in meat consumption would hurt their incomes.

@Bayer4Crops oh you just lost all my business.

The gaffe comes as Bayer AG is trying to acquire Monsanto Co, the world's largest seed maker. The potential tie-up has faced resistance from some farmers worried about consolidation in the agriculture sector.

A Bayer Crop Science spokesman said on Monday that the tweet was a mistake and did not reflect the company's views.

The company has deleted the posting and tweeted apologies to about 130 individual Twitter users who complained about it.

“The livestock industry feeds our planet & we're glad to support it. It was never our intention to antagonize it – sorry!” Bayer Crop Science tweeted repeatedly.

Some farmers applauded the company for apologizing but others were fuming.

@Bayer4Crops this week we will decide about which fungicides to purchase. Probably won't be Bayer products after this tweet