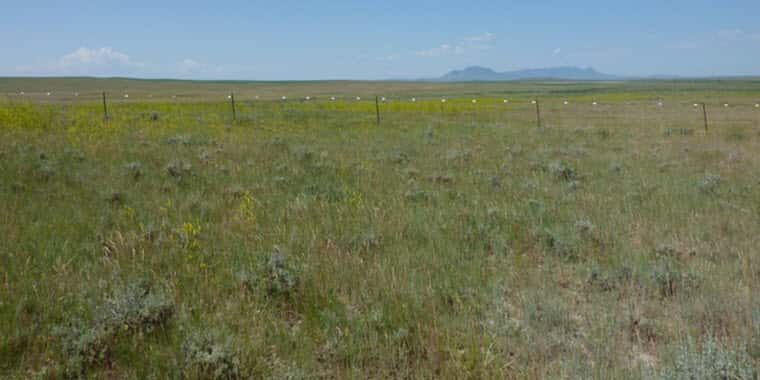 Be Careful Grazing Green This Fall

With fall grazing upon us, some areas of South Dakota have been blessed with plenty of precipitation this year and other areas are still experiencing drought conditions. Regardless of where your ranch is located, a rancher must be very careful when grazing the fall green up of cool season grasses.

Tremendous damage to cool season grasses can happen if they are overgrazed during the fall green up and they are unable to build those root reserves. The plant will have less vigor next spring and may die out completely during the dormant season.

Native cool season grasses should not be grazed shorter than 6 inches in plant height. Also, by leaving sufficient plant height into the dormant season the soil surface will be protected from erosion and snow capture during the winter is optimized.