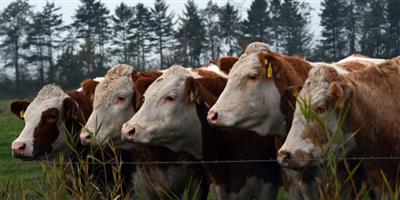 August was a strong month for U.S. red meat exports as beef export volume was the largest in nearly two years and both beef and pork exports posted the highest monthly values of 2016, according to statistics released by USDA and compiled by the U.S. Meat Export Federation (USMEF).

Exports accounted for 13.5 percent of total beef production in August and 10 percent for muscle cuts only – each up about 1 percentage point from a year ago. For January through August, these ratios were roughly steady with last year at 13 percent and 10 percent, respectively. Export value per head of fed slaughter was $256.73 in August, down 4 percent from a year ago, and $252.50 for January through August, down 12 percent.

Pork exports were up 16 percent from a year ago to 186,689 mt, the largest volume ever posted in August. Export value was up 19 percent to $512.76 million. For January through August, pork export volume was 1.48 million mt, up 5 percent from the same period last year. Export value moved 1 percent ahead of last year’s pace at $3.78 billion.

“U.S. livestock producers deserve some good news in what has been a tough year, and this upward trend in exports is very encouraging,” said Philip Seng, USMEF president and CEO. “Currently U.S. beef and pork are very competitive, as the production of our key competitors – Australia and the European Union – has moderated and prices have jumped. As U.S. competitiveness continues to improve, we remain optimistic that exports will maintain positive momentum through the end of this year and into 2017.”

August beef exports exceeded year-ago levels in most major markets, setting new monthly records in South Korea (17,454 mt, up 61 percent from a year ago) and Taiwan (4,965 mt, up 23 percent). For January through August, market-specific highlights for U.S. beef included:

August exports of U.S. lamb totaled 768 mt, up 31 percent from last year’s low volume, while export value was steady at $1.4 million. August exports were higher than a year ago to Mexico and the Middle East, but declined to the Caribbean and Canada. For January through August, lamb exports were 5 percent below last year’s pace in volume (5,780 mt) and down 10 percent in value ($11.7 million).

Board of Directors Set Work Plan for Upcoming Fiscal Year