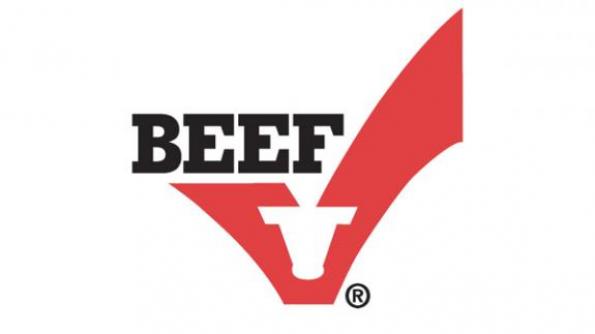 WASHINGTON (DTN) — Agriculture Secretary Tom Vilsack said Monday he is so frustrated with the inability of a working group of industry officials to come up with a proposal for the beef checkoff program that he may use his own authority to make changes.

In a speech to the fly-in of the National Farmers Union, which dropped out of the working group last Saturday, Vilsack said, “It is unfortunate that the groups that met for a considerable period of time could not reach consensus.”

The issues, he noted, are both the amount of money to be raised and the decision-making process about how it is spent and who spends it.

The $1 per head collected on the sale of live domestic and imported cattle has not been raising enough money in recent years since cattle herds are smaller.

The NCBA has proposed raising the checkoff to $2, but other farm and cattle groups have said they will not agree to that unless the process for managing the checkoff is made more transparent and other groups can get part of the checkoff budget.

They also maintain that the checkoff subsidizes NCBA, which promotes policies with which they disagree.

Vilsack urged the creation of the working group to try to resolve these problems.

The lack of consensus, Vilsack said, leaves the possibilities of continuing “what we are doing, which is satisfactory to no one” or delegating “to me the responsibility to see if there is a new avenue that can be approached.”

“If I exercise that discretion at the end of the day it will ultimately require producer involvement,” he said. “Producers don't get off the hook by delegating it to the secretary of agriculture.”

But Vilsack also signaled he will not have a lot of patience in dealing with groups that dislike his proposal. He said he hoped that after five years as secretary, people realize “I do not shy away from tough decisions.”

The working group has been proceeding on the assumption that it would have to ask Congress to make changes to the bill, but the Farmers Union board last week recommended that USDA “consider rewriting the beef checkoff program” under the generic Commodity, Promotion, Research and Information Act of 1996.

When a reporter asked Vilsack on Monday whether he had the authority to rewrite the program, the secretary replied, “We're all about executive action” — an apparent reference to President Barack Obama's statements that his administration will act as much as possible on its own when Congress refuses to act.

“If you wanted to start a checkoff, 90,000 producers would have to come to me and say start it, then pass the referendum,” Vilsack said.

“This system is really complicated, I have had staff write me memos, literally draw me pictures. I don't know how it could be more complicated. In the end my goal is that we have a healthy beef industry and that producers of all sizes can survive.”

Vilsack added, “I put the group together. I have pounded on the table, I have used every technique I used on my kids — it worked on my kids but it did not work on this group. I am going to figure something out and if they don't like it I am going to say you had a chance to work this out — if you don't like it, I am not going to listen very long.”

Noting that he hopes such an approach would bring the groups back together in the room, Vilsack concluded, “Maybe if they are mad at me instead of each other, that will work.”