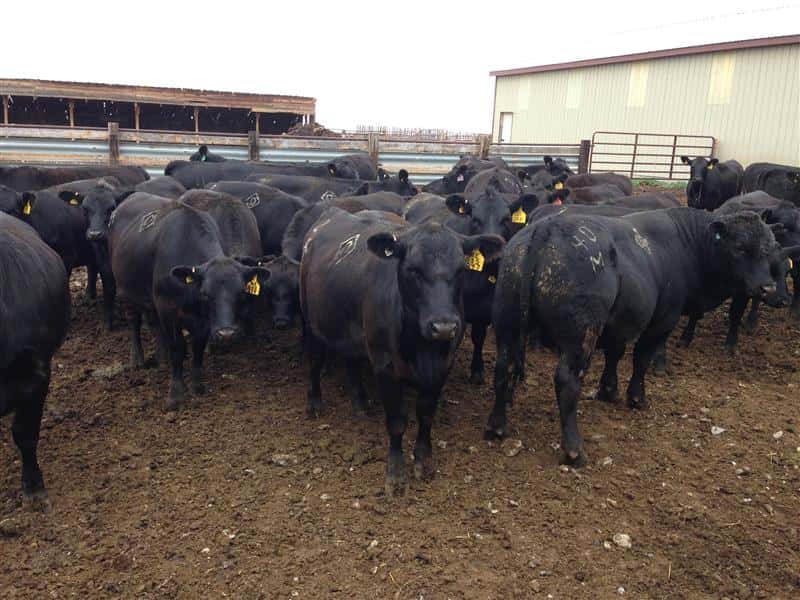 DTN reports that a  three-year attempt to revamp the Beef Checkoff program may be in trouble.


WASHINGTON (DTN) — The three-year attempt to make recommendations to Congress to revamp the Beef Checkoff program may be in trouble.


Recently, the 11 groups that make up the Beef Checkoff Enhancement Working Group apparently came up with a set of recommendations some members view as a last attempt at consensus.


R-CALF USA, which is not a member of the group, issued a warning that other farm groups plan to agree by next Friday to a proposal it considers “smoke and mirrors,” while some participants in the group said no agreement would be announced until this fall or winter, if ever.


In addition, Chandler Keys, a former National Cattlemen's Beef Association vice president who now represents JBS, the Brazilian-based meat company and other clients, wrote on July 29 that there are so many problems associated with the national checkoff that producers should abandon it in favor of state checkoffs.


The working group was established in response to a proposal to raise the beef checkoff, from $1 per head each and every time an animal is sold to $2 per head, and complaints that the checkoff was benefiting the National Cattlemen's Beef Association, which has been close to the management of the checkoff dollars.


The group is supposed to make recommendations to Congress, since congressional action is the only way to make major changes to the program under the 1985 law that established it as a way for producers to engage in research and promotion efforts. Congressional farm leaders have told the group that it would be impossible to make changes without a broad consensus.


The other groups decided to exclude R-CALF USA, formally the Ranchers-Cattlemen Action Legal Fund, United Stockgrowers of America, a ranchers' group based in Montana that made its reputation advocating for country-of-origin labeling and seeking to block imports from countries such as Canada and Mexico.


In an alert to members this week, R-CALF USA says the other groups excluded it because it “would not even consider an increase of the checkoff assessment to $2 until the ongoing abuses and conflicts of interest within the Beef Checkoff Program were fully resolved.”


The other groups note that R-CALF USA had filed a lawsuit in August 2012 against USDA, Agriculture Secretary Tom Vilsack, the Cattlemen's Beef Board, Beef Promotion Operating Committee and Agriculture Marketing Service regarding the operation of the Beef Checkoff Program.


In an email to DTN, NCBA stated that the 11-member working group “has made several recommendations” that have been “subsequently implemented,” including “expanding of contracting authority and a new joint committee structure.”


NCBA also said that the group “recently developed a concept for increasing the assessment rate, which focuses on changes in the decision-making process specific to the Nominating Committee and Beef Promotion Operating Committee structure.”


The working group has not released the details of its proposal, but R-CALF USA said it included raising the checkoff to $2, with all or part of the second dollar to be refundable, and establishing a system under which 10{ba1edae1e6da4446a8482f505d60d3b8e379ff6dedafe596d9ba4611a4e33a48} of producers could vote every three, five, seven or 10 years to initiate a referendum as well as make other changes to management.


“R-CALF USA views this new proposal as nothing more than smoke and mirrors — a diversion designed to stall any meaningful effort to restore for U.S. cattle producers a program that effectively and efficiently promotes beef and is accountable to the producers who fund the program,” CEO Bill Bullard said in an alert to members that listed the organizations it says support the proposal.


“If you are a member of any of the above listed organizations, please contact their leadership as quickly as possible to urge them to reject this ill-conceived proposal,” Bullard added.


The new management structure would heighten the conflict of interest with NCBA and allow the other groups to apply for checkoff funds, the memo said.


But it appears that the organizations within the working group are not moving so fast.


NCBA's board, which met on Saturday in Denver, approved a motion for the working group “to continue their work and bring back the Memorandum of Understanding regarding enhancing the national Beef Checkoff to the NCBA board of directors for action.”


The “next opportunity” for the NCBA board to consider that would be at the cattle industry convention Feb. 4-7 in San Antonio.


Chandler Goule, a National Farmers Union senior vice president who has been participating in the meetings, said, “Discussions to reform the beef checkoff are ongoing among industry groups. NFU is committed to ensuring that strong oversight is part of the beef checkoff. No final decisions have been made, either by NFU leadership or among the other organizations.”


“If adequate changes to the current structure of the beef checkoff are not made through this process, NFU will seek its own resolutions to oversight of the checkoff,” Goule added.


Jess Peterson is the Washington representative for the U.S. Cattlemen's Association, which was formed after a disagreement with R-CALF USA.


“There are several key items that are being worked out and remain part of an ongoing discussion,” Peterson said. “If, or when consensus is reached, a public letter and statement will be made.”


He added that there is a “good chance” a resolution will be announced “this fall.”


Rudy Arredando of the National Latin Farmers & Ranchers Association said his group is against the proposal.


“The obvious lack of imbalance in this process excludes the small and independent beef producers and is terribly unfair,” Arredando said. “We are opposed and need a robust representation in any and all deliberations impacting on this industry.”


Meanwhile, at a conference in Denver last week, the Cattlemen's Beef Board released a study it commissioned from Harry Kaiser of Cornell University. The study concluded each dollar invested in the Beef Checkoff Program between 2006 and 2013 returned about $11.20 in investment to the beef industry.


Of that $40.2 million for fiscal year 2015, about $37.5 million will be available for funding of the contractor proposals that make the operating committee's final cut in September. The remainder of the budget covers other checkoff expenses, including evaluation, program development, USDA oversight, and program administration.


“Given our extremely tight supplies, in addition to increased efficiencies in cattle production, we continue to have budgeting challenges in our path,” Beef Board Chair Kim Brackett, a California and Idaho producer, said in a news release.


“If ranchers retain cattle to expand their herds, that also means fewer dollars for the checkoff program, so our budget challenges aren't going away — but neither are our successes, as we saw in the results of our ROI [return on investment] study.”


A Beef Board spokeswoman said the board didn't take a position on any checkoff program changes at its summer meeting and is “looking forward to further discussions by the coalition of groups that represent beef producers on this topic.”