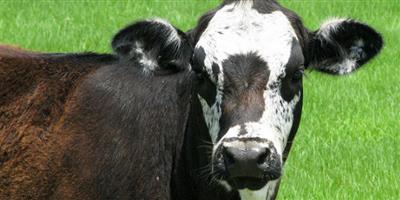 Beef consumption in China is low but rising. Despite being a major beef producing and consuming country for many years, China never participated much in global beef markets until recently. Since 2014, beef consumption has outstripped domestic production and Chinese beef imports have risen sharply. By 2016, China exceeded Japan as the number two beef importing country behind the U.S. Chinese beef imports in 2018 are projected to be just 13 percent smaller than U.S. beef imports. At the current pace, China could be the largest beef importing country in the world in another year or two. Over 95 percent of Chinese beef imports are sourced from Brazil, Uruguay, Australia, New Zealand and Argentina. In Shanghai I saw large billboards advertising Argentine beef. U.S. beef exports to China resumed in 2017 after a nearly 14 year absence and are developing very slowly. In the past 12 months, exports to China have amounted to 0.6 percent of total U.S. beef exports.

What is the future potential for U.S. beef in China? Beyond the additional obstacles due to the current trade war, building markets for U.S. beef in China will face several challenges. Price is one of those challenges. Beef is expensive in China relative to other meats, even more so than in the U.S. Although growing beef demand in China is the result of a rapidly growing urban middle-class population, beef remains expensive for many consumers. Imported beef from the U.S. is especially expensive.

The bigger challenge for U.S. beef is the role of beef in Chinese cuisine. China is not a land of steakhouses, although western-style steak restaurants are growing in popularity and represent the most immediate demand for U.S. beef. This specialized restaurant and business hotel demand is small but expanding. In an example of this, I met with staff of the U.S. Meat Export Federation and a beef importer at a new, upscale steak restaurant in Shanghai which features both U.S. and Australian beef. We discussed the opportunities and challenges for U.S. beef in China. The reality is that, for the majority of Chinese consumers, beef, especially muscle cuts, are only infrequently a part of the diet.

Chinese cuisine is characterized by hot pot, stir fry dishes and Chinese barbeque that use small amounts of beef in pieces or thinly sliced rather than large cuts of beef. Beef offals are very popular and more affordable for many consumers. For example, Chinese barbeque is not large quantities of brisket or other beef cuts but is various meat products prepared on skewers. The beef barbeque that I ate in China was beef tendons rather than muscle meat. Beef entrees are typically a minor part of most menus. One exception to this was in the Muslim sections of Xian where beef is popular in place of pork. There I enjoyed beef in sandwiches, soups and dried as a type of jerky.

In all markets, meat quality is defined by the preferences of the consumer and the way the product is used. Highly marbled U.S. beef does not necessarily represent additional quality in many Chinese dishes. This makes U.S. fed beef even more expensive relative to domestic Chinese beef and most other imported beef. This is not to say that there isn’t potential for U.S. beef in China. However, it does illustrate that accessing the larger Chinese market is not simply a matter of shipping U.S. steaks to China. U.S. Meat Export Federation staff in China are pursuing an innovative and dedicated effort to build market share for U.S. beef. There is considerable potential for U.S. beef in China but it will take time, patience and persistence.