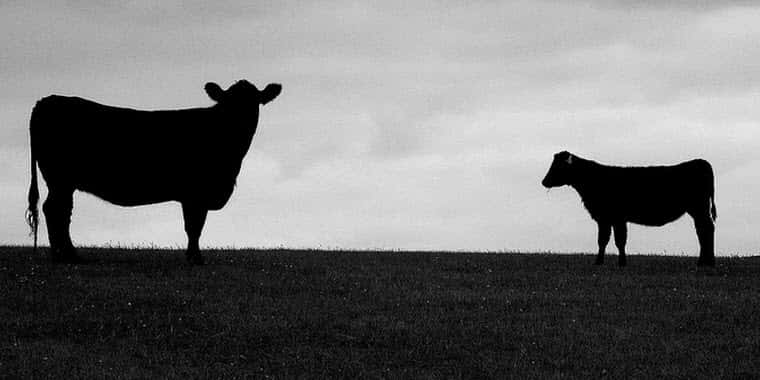 Beef Herd Expansion: How Fast and How Much?

The dramatic rise in calf prices in 2014 and the corresponding increase in cow-calf returns highlight the growing market incentives to rebuild the beef cow herd.  As the primary supply source for the beef industry, cow-calf producers will, by their decisions in the next two to four years, determine the inventory of cattle and the overall level of beef production in the U.S. for the remainder of the decade.  Dramatic improvement in forage and pasture conditions in much of the country in 2015 means that the beef cattle industry can focus on doing what they want to do rather than being restricted to what they have to do.  Much of the far west regions of the country are still hampered by severe drought in areas that represent about 9 percent of the total beef cow herd.

Beef cow herd expansion started briskly in 2014 with a 2.1 percent increase in beef cow numbers in the first year of expansion.  This faster-than-typical early growth reflected suppressed expansion desires as a result of the drought.  Though producers were forced to liquidate cows during the drought years of 2011-2013, they continued to add heifers to the herd to be ready to expand when the opportunity arose.  The resulting cow herd is young and productive and allowed for a sharp drop in beef cow culling in 2014 with a culling rate of 8.8 percent, down from 10.6 percent in 2013.

So far in 2015, beef cow slaughter is down 17.3 percent.  Though seasonally higher beef cow slaughter is anticipated in the fall, thereby reducing the year over year decline, beef cow slaughter will be down again year over year and is likely to result in a near record low 2015 net culling rate below 8 percent. The July Cattle report indicates a 2.5 percent year over year increase in beef cows to mid-year 2015.  Historical relationships between the estimated July beef cow inventory and the following January 1inventory suggest a January 2016 beef cow inventory of just over 30 million head, representing just over 1 percent growth in 2015. However, beef replacement heifers were up 4 percent on January 1 and were up 6.5 percent on July 1, indicating more aggressive herd expansion.  The year over year increase in the beef cow herd in 2015 is likely to fall in the range of 2.5-3.5 percent.  Annual herd growth up to 4 percent is possible but would be very aggressive.   The January 1, 2016 inventory is likely to fall in the range of 30.4 to 30.7 million head. The upper end of this range, corresponding to an aggressive 3.5 percent annual growth rate, would represent a one million head increase in beef cows from 2015 and would be slightly less than the pre-drought 2011 level of 30.9 million head.

This leads to the question of just how much beef cow herd expansion is needed.  The answer to that depends on several factors.  Total beef production in coming years will be the result of increased slaughter numbers resulting from herd growth and cattle carcass weights.  Cattle carcass weights have jumped sharply the past three years.  If that pace of increase continues it will curtail the amount of herd expansion needed.  However, more moderate carcass weight growth in the next two or three years would warrant a larger herd inventory.

Beef demand is the ultimate determinant of how big the beef industry will be and thus the combination of domestic and international demand for U.S. beef will be critical to determine how much beef cow herd expansion is needed.  Per capita beef consumption will grow as beef production expands but demand will determine at what price level this consumption will occur.  In a stable market, consumers will pay a price just high enough for a given level of consumption to ensure that producers will provide enough beef for that level of consumption.  Of course, international beef trade must be figured into to that as well.  It is an evolving picture that will depend on conditions in the coming years but at the current time my estimate is that the industry will operate with around 32 to 32.5 million beef cows.  It appears that we could achieve that level at the earliest by 2017, more likely by 2018 or 2019.