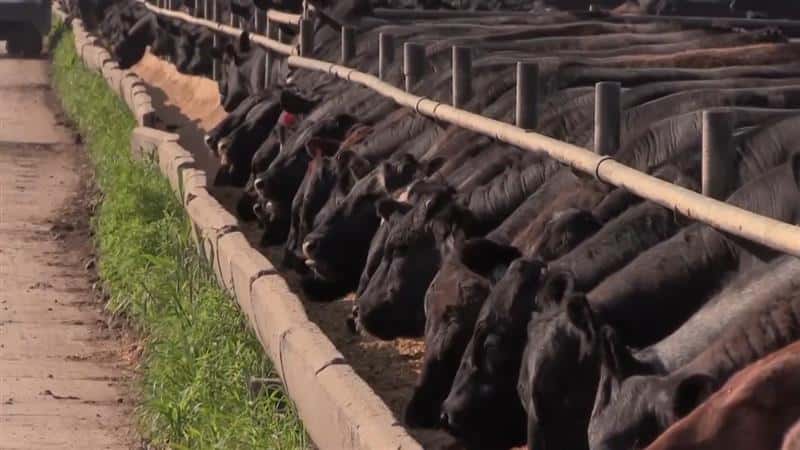 Current cattle market conditions present a lot of frustration to cattle producers. Boxed beef prices are on the rise, back to their highest levels since June of 2020. However, cattle prices have been under a lot of pressure for the past 6 weeks. A lot of the blame for cattle prices can be chalked up to drought and high corn prices, but the leverage position of the industry heavily favors the packing segment over cow-calf producers and feeders.

Oklahoma State Livestock Economist Derrell Peel pointed out in his weekly column that, most of the U.S. beef packing infrastructure was built in the 1980s.  Cattle inventories in the decade of the 1980s averaged 108.3 million head, 15 percent greater than the 92.1 million head average of the past decade.  The industry was characterized by excess capacity for many years as cattle inventories declined.

Over many years, Peel says, capacity slowly exited the industry. In 2000 a ConAgra plant in Garden City, KS burned and was not rebuilt; Tyson closed a plant in Emporia, KS in 2008; and in 2013 Cargill closed a plant in Plainview, TX.   The National plant in Brawley, CA closed in 2014 but reopened as One World Beef in 2017.

Additional packing capacity in the U.S. beef industry could help to more evenly balance profitability through the supply chain. Given the strength in beef demand, both in the U.S. and internationally, the dollars are there. But the packing segment is catching the lion’s share of those profits.

Although the U.S. beef cowherd has entered a period of contraction, Derrell Peel points out that the cyclical expansion in cattle numbers from 2014 to 2019 pushed cattle slaughter beyond packing industry capacity.  It is estimated that annual average slaughter has exceeded capacity since 2016.

Although cattle numbers peaked cyclically in 2019, feedlot production is just now at a peak in early 2021, partly as a result of pandemic delays in 2020.  The February 1, 2021 feedlot inventory was the highest of any month since February 2006.  Feedlot inventories declined in March and April but slaughter capacity limitations will slow progress in harvesting fed cattle in a timely manner.

With high profits, estimated at more than $900/hd, packers have the incentive to process as many cattle as they can. Saturday steer and heifer slaughter thus far in 2021 is up 58% over 2020 and up 92% compared to 2019’s levels.

New plants that are under construction in Nebraska, Idaho and Missouri would add a combined total of about 2,500 head of daily processing capacity. Then if we add in National Beef doubling the size of their Tama, IA plant from 1,250/day to 2,500, that’s additional capacity of 3,750. Most of the plants are set to come online over the next 12-24 months.

Another factor to keep in mind is the number of new or expanding local processing plants that have come online across the west. These aren’t huge numbers, but every plant that can add 25 or 50 head to the total industry’s processing capacity makes a difference. Plus it provides an outlet for ranchers to get an animal processed, either for personal consumption or to market the beef themselves.

The U.S. beef cowherd will shrink for the 3rd consecutive year in 2021. Perhaps by more than earlier projected due to the widespread drought in the west. That combined with the increase in shackle space and extremely strong beef demand, could really shift the leverage in the industry over to cattle producers. Unfortunately, it’ll take time to get to that point and the beef industry will have to avoid any more black swan events.

According to Corbit Wall, the packers are actually screwing the feeders to the tune of $1125.00 per head profit.(that was with $312.00 box beef) Back in 2014, Box Beef was around $257 and fat cattle were bring $1.72. How can anyone not believe the packers have total control of the cattle market? How can the worthless NCBA continue to lie about the packers control? Why are the cattle producers paying a checkoff to pay the salaries of the NCBA to break us?