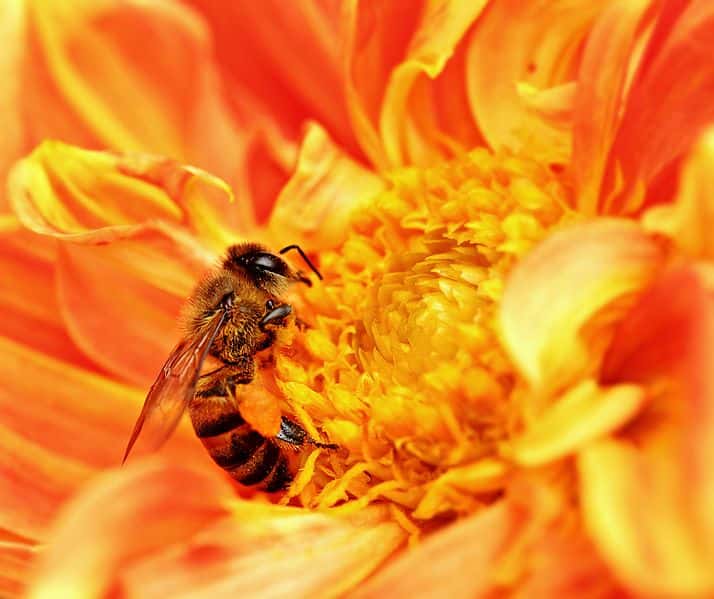 Better, but Unsustainable Winter for Bees

The following is a press release from the USDA:

WASHINGTON, May 15, 2014 – A yearly survey of beekeepers, released today, shows fewer colony losses occurred in the United States over the winter of 2013-2014 than in recent years, but beekeepers say losses remain higher than the level that they consider to be sustainable. According to survey results, total losses of managed honey bee colonies from all causes were 23.2 percent nationwide. That number is above the 18.9 percent level of loss that beekeepers say is acceptable for their economic sustainability, but is a marked improvement over the 30.5 percent loss reported for the winter of 2012-2013, and over the eight-year average loss of 29.6 percent.

More than three-fourths of the world's flowering plants rely on pollinators, such as bees, to reproduce, meaning pollinators help produce one out of every three bites of food Americans eat.

“Pollinators, such as bees, birds and other insects are essential partners for farmers and ranchers and help produce much of our food supply. Healthy pollinator populations are critical to the continued economic well-being of agricultural producers,” said Agriculture Secretary Tom Vilsack. “While we're glad to see improvement this year, losses are still too high and there is still much more work to be done to stabilize bee populations.”

There is no way to tell why the bees did better this year, according to both Pettis and Dennis vanEngelsdorp, a University of Maryland assistant professor who is the leader of the survey and director of the Bee Informed Partnership. Although the survey, conducted by the U.S. Department of Agriculture and the University of Maryland Bee Informed Partnership shows improvement, losses remain above the level that beekeepers consider to be economically sustainable. This year, almost two-thirds of the beekeepers responding reported losses greater than the 18.9 percent threshold.

“Yearly fluctuations in the rate of losses like these only demonstrate how complicated the whole issue of honey bee heath has become, with factors such as viruses and other pathogens, parasites like varroa mites, problems of nutrition from lack of diversity in pollen sources, and even sublethal effects of pesticides combining to weaken and kill bee colonies,” said Jeff Pettis, co-author of the survey and research leader of the Agricultural Research Service (ARS) Bee Research Laboratory in Beltsville, Maryland. ARS is USDA's chief intramural scientific research agency.

The winter losses survey covers the period from October 2013 through April 2014. About 7,200 beekeepers responded to the voluntary survey.

A complete analysis of the bee survey data will be published later this year. The summary of the analysis is at http://beeinformed.org/results-categories/winter-loss-2013-2014/.

The U.S. Department of Agriculture (USDA) also announced today that it will hold a summit this fall aimed at addressing the nutrition and forage needs of pollinators. The summit will take place in Washington D.C. on October 20-21 and will be attended by a consortium of public, private, and non-governmental organizations. Attendees will discuss the most recent research related to pollinator loss and work to identify solutions.

Additionally, today USDA launched the People's Garden Apiary bee cam at the USDA headquarters in Washington, D.C. as an additional effort to increase public awareness about the reduction of bee populations and to inform Americans about actions they can take to support the recovery of pollinator populations. The USDA “Bee Watch” website (www.usda.gov/beewatch) will broadcast honey bee hive activity live over the Internet 24 hours per day, 7 days per week. Created in 2010, the People's Garden Apiary is home to two beehives. The bees are Italian queens, the most common bee stock and the same used in many honey bee colonies throughout the United States.

The President's fiscal year 2015 budget proposal provides $71 million for pollinator health activities through multiple USDA agencies. This includes an increase of $40 million in combined mandatory and discretionary funds to advance efforts, in consultation with the Environmental Protection Agency and other Federal partners, to respond to the decline in honey bee health and ensure their recovery. This coordinated effort is focused on targeted research that addresses multifactorial stressors, their interaction, and identification and implementation of measures to improve and increase habitat available to pollinators on Federal and private lands. In addition, this initiative will help prevent introductions of invasive bees, bee diseases, and parasites; document the status of honey bee health factors associated with bee losses and honey bee production; and work with stakeholders on best management practices. A coordinated communication strategy, including outreach and education, will engage the public to help solve this important challenge.