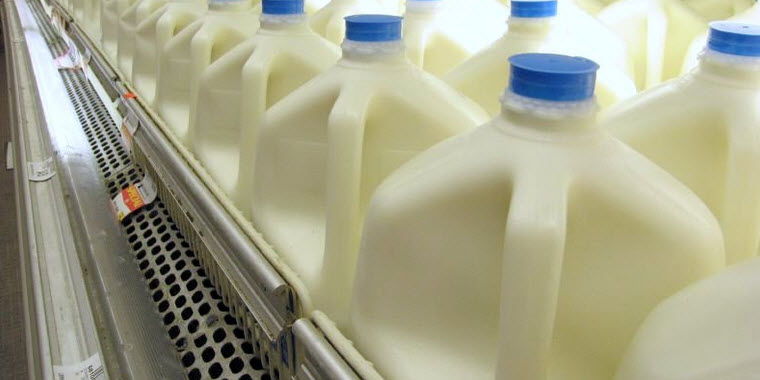 HELENA, Mont. (CN) – Montana destroys out-of-state milk – but not milk from Montana – under an antiquated “sell-by” date law, a milk distributor says in a constitutional claim in Federal Court.

Plaintiff Core-Mark International is a Delaware corporation based in Spokane, Wash. It sued the Montana Board of Livestock and nine of its members on Jan. 28, claiming the board's actions violate the Commerce Clause, the Due Process Clause and three other sections of the Constitution.

The Department of Livestock has “final and absolute” authority to establish “reasonable” rules and regulations for distribution of milk in the state. It requires that milk shipped to Montana must bear a pasteurization date and a “sell-by” date on each carton. The sell-by date is the 12th day after pasteurization.

Core-Mark says the livestock department seizes and destroys its milk if it has not been removed from store shelves by the 12-day sell-by date.

It claims the practice is wasteful and that Montana does not have similar requirements for its own milk.

“The shelf life of grade A milk is now much longer than 12 days and enforcement of the 12-day rule results in the waste or destruction of good milk,” according to the 25-page complaint.

The company first sued the Montana Department of Livestock in 2008, challenging the 12-day sell-by date, but both parties agreed to dismiss the case without prejudice and conduct an administrative hearing instead. Hearing examiner John Sullivan found that “the 12-day rule was in invalid exercise of the department's statutory authority” and recommended it be amended, Core-Mark says in the new lawsuit.

But the livestock department ignored the October 2011 recommendation and has kept the rule in place, according to Core-Mark.