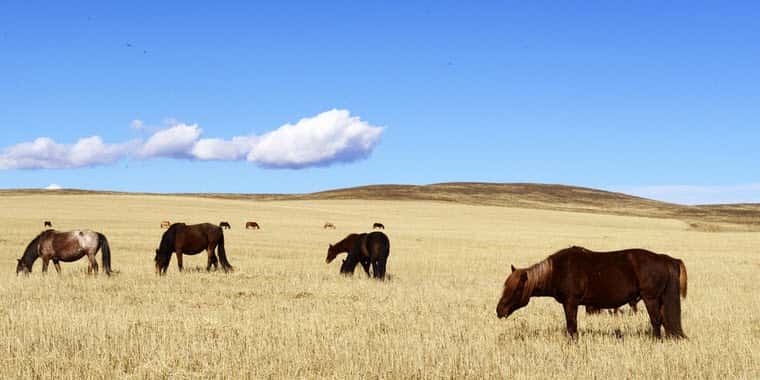 BLM Confirms the Horses were Shot, Reward Raised to $7,000

WORLAND —The Bureau of Land Management continues its investigation into the deaths of 21 domestic horses that had been abandoned on public land in a remote area northwest of Thermopolis, Wyoming.

BLM Special Agent Joe Nardinger confirms that the horses were shot and that investigators are working with cooperating agencies to follow-up on leads.

In addition to the $2,000 reward the BLM is offering, The Humane Society of the United States is offering a reward of $5,000 for information leading to the identification, arrest and conviction of the person or people involved in the deaths of the horses.

The BLM is also interested in any information people may have about the identity of the horses’ original owners, as abandoning livestock on public land is also a crime.

The horses were found on public and state lands on the afternoon of July 29, 2015, and were killed at some point during the last two weeks of July. The horses were not federally protected wild horses but rather domestic horses that had been abandoned a few years ago. Before the horses were killed, the BLM Worland Field Office had tried but was unable to locate the owner who abandoned the horses, and had begun the process of eventually removing them from public land.