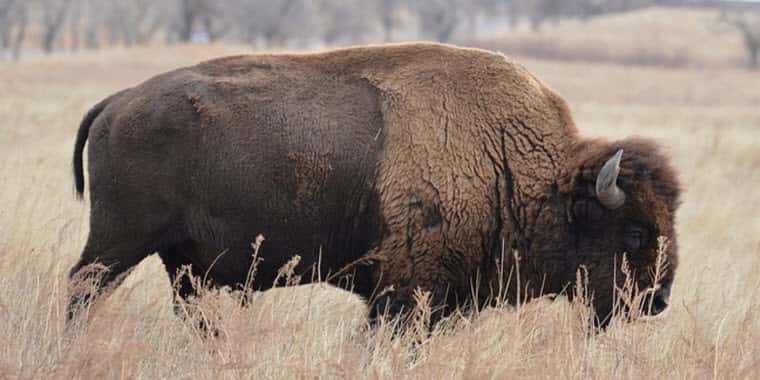 The final grazing decision, which describes the terms and conditions for each of the seven allotments, is based on existing laws, policies, and management plans, and supported by the analysis brought forward in its associated environmental assessment and finding of no significant impact, released on March 30, 2022.

The Montana Stockgrowers Association says that their concerns and member protests were not addressed before the release of the final decision.

“To say we are disappointed with the final decision would be an understatement. Ranchers have worked diligently for over a century caring for the public land livestock graze. Ranchers are held to the highest standards by federal land agencies in the areas of range management, range monitoring, range improvements, and processes within the BLM’s grazing regulations, yet when concerns were raised regarding these areas in comments and protests, BLM did not acknowledge these concerns,” stated Jim Steinbeisser, MSGA President.

MSGA and its members have consistently provided comments regarding concerns with APR’s proposals. These include concerns over the impacts to the rangeland health, riparian areas, and socioeconomic impacts to the rural communities and the livestock industry. In a press release, MSGA said, “The final decision published today did not address the concerns brought forth by our association, as well as numerous other ranching families.”

In recent years, MSGA has raised a variety of issues with the APR’s request to the BLM to change the class of livestock from cattle to bison, change the authorized seasons-of-use, and the removal of interior fences and have shared disappointment in the BLM’s draft EA and Finding of No Significant Impact (FONSI). Six out of seven allotments were awarded changes requested by the APR, with only slight modifications.

“The final decision is a significant change to grazing on federal lands and will have serious repercussions on BLM grazing throughout the West,” wrote MSGA. The association said they will continue to advocate for Montana ranchers as this process moves forward and have engaged with Phillips County Stockgrowers Association to coordinate an effort moving forward.

Phillips County ranch and Montana Public Lands Council Chair, Vicki Olson said, “As the state’s largest organization representing individuals who graze on public lands, the final decision issued by the BLM is a failure to our public lands system. We feel this final decision did not take into account the additional vetting and analysis needed to make a proper decision and the rangeland will be the ultimate victim. Past experience has proven bison graze differently than cattle, yet that was not considered in this decision.

“MPLC members pride themselves on the decades of stewardship and positive impacts we have made on federal lands as a result of using management tools like cattle grazing,” Olson said. “The BLM’s failure to do a full EIS, truly analyze the socioeconomic impacts of this request, and oversight to acknowledge the legality of bison’s grazing eligibility under the Taylor Grazing Act not only sets a precedence for public land grazing across the west but also impacts all public land users.”

“BLM continues to give a blind eye and preferential treatment to this specific permittee and that is not only unjust for the permittees who follow all requirements laid before them by the BLM but also to the land. This federal agency is responsible to sustain the health, diversity, and productivity of public lands and with this decision, the land will ultimately be the thing that is sacrificed.”

U.S. Senator Steve Daines today released the following statement after the announcement of the BLM’s decision:

“This is yet another example of the Biden administration ignoring local input from Montana ranchers—it’s completely unreasonable. At a time when our farmers and ranchers are facing unprecedented challenges, we should be listening to our Montana farmers and ranchers not pushing them to the side. In the coming weeks I’ll be working closely with Governor Gianforte to work through this decision in a way that works for Montana ranchers and communities,” Daines said.

“As we review this decision, we share Montanans’ frustration with the BLM’s woeful and repeated failures to properly engage Montanans and act within the bounds of its authority on this issue,” Gov. Gianforte said. “The agency limited public comment to a single, virtual event in the middle of haying season, ignored repeated requests from state officials for full public engagement, and failed to analyze the full range of impacts of its proposal, which it lacks the statutory authority to enact. The State will consider next steps after a thorough review of BLM’s decision.”

Montana Attorney General Knudsen held a public listening session in Malta, Montana in September of 2021, to hear from local agriculturalists he said the BLM “effectively ignored and shutout from the public comment process.” More than 250 Montanans came to the meeting. After hearing from people in the affected community, Attorney General Knudsen submitted formal comments to the BLM opposing American Prairie’s grazing permit change request spelling out out multiple legal issues with the BLM’s review process and the proposal itself.

“After shutting out public input from local communities,” Knudsen said. “It’s not a surprise that President Biden’s Bureau of Land Management would rubber-stamp this radical proposal that is another step toward displacing northeast Montana’s livestock industry and replacing it with a large outdoor zoo. My office is reviewing the decision closely to determine our next steps to protect ranchers and ensure the State’s interests are upheld.”

The National Cattlemen’s Beef Association (NCBA) and the Public Lands Council (PLC) expressed deep disappointed in the BLM’s decision to ignore meaningful input from local ranchers and the concerns of affected grazing permittees.

“PLC and NCBA joins Montana ranchers in their concern over the BLM’s decision to ignore established precedent and the expertise of grazing permittees in the conversion of these allotments. At a time where the BLM has repeatedly committed to being a good partner with ranchers to improve rangeland health, this decision is a significant step backwards. The conversion of these allotments flouts administrative process and will result in negative impacts for both rangeland health and the local community,” said Public Lands Council and NCBA Natural Resources Executive Director Kaitlynn Glover.

American Prairie’s CEO Alison Fox defended the final record of decision saying that it recognizes that bison benefit native wildlife, restore water quality and will improve rangeland conditions in Northcentral Montana. “After four years of comprehensive analysis and public comment, we are extremely pleased the BLM has approved this grazing application,” said Fox. “This decision is grounded in sound science, complies with all local, state, and federal laws, and recognizes the important ways bison grazing has and will continue to improve rangeland health.”

The final grazing decision and related documents are available on the BLM’s ePlanning website https://eplanning.blm.gov/eplanning-ui/project/103543/510.