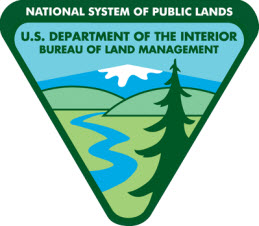 WASHINGTON – The Bureau of Land Management (BLM) announced today that it will host a public meeting in Denver and an informational webinar on its proposed rule Planning 2.0.  The proposed rule is meant to  modernize the agency’s planning process and increase public involvement in the management of 245 million acres of public lands the agency directs. The propsed rule is intended to make future land-use planning more collaborative, transparent and effective.

“The BLM’s land use plans serve as the foundation for everything we do to manage the public lands on behalf of the American people,” BLM Director Neil Kornze said.  “Managing the public’s land is a tremendous responsibility for the employees of this agency, and our work depends on close, cooperative relationships with our partners and local communities.”

The public meeting will be held on March 25th, 2016, from 10:00am-1:00 pm MDT at the Denver Marriott City Center, 1701 California Street, Denver, CO. It will give the public the opportunity to learn more about the proposed rule in person before the comment period closes on April 25th, 2016.

Members of the public that would like to learn more about the proposed rule can also take part in a webinar hosted by the BLM. The webinar will be held on March 21st, 2016, from 1:00-3:00 pm MDT.   Participants can register for the webinar by visitingwww.blm.gov/plan2.

Publication of the proposed rule appeared in the Federal Register on Feburary 25,2016, iniating a 60-day comment period.   The proposed rule will increase opportunities for early engagement by state and local government, Tribes and other stakeholders in BLM’s land-use decision-making while adopting a broader landscape-scale, science-based approach to managing public lands and incorporate modern technology into the agency’s planning process.  The proposed rule is available at www.blm.gov/plan2,

By implementing these improvements, the BLM seeks to enhance the way it involves the public in its planning efforts, including measures to provide more meaningful participation, and make it easier for people to see how their input influences planning decisions.

The BLM manages more than 245 million acres of public land, the most of any Federal agency. This land, known as the National System of Public Lands, is primarily located in 12 Western states, including Alaska. The BLM also administers 700 million acres of sub-surface mineral estate throughout the nation. The BLM's mission is to manage and conserve the public lands for the use and enjoyment of present and future generations under our mandate of multiple-use and sustained yield. In Fiscal Year 2014, the BLM generated $5.2 billion in receipts from public lands.