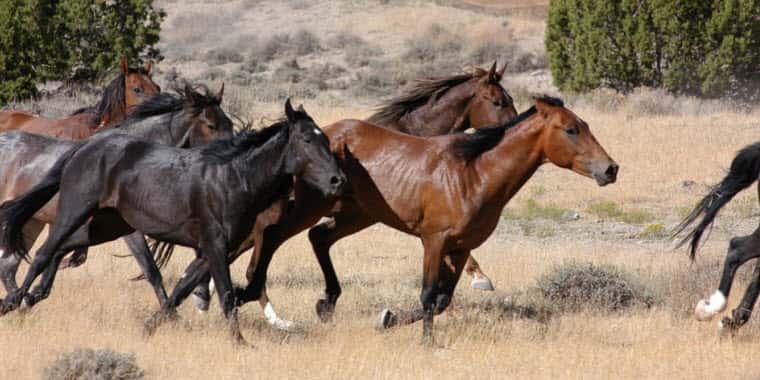 RENO — A federal agency is on a path to sterilize wild horses on U.S. rangeland to slow the growth of herds — a new approach condemned by mustang advocates across the West.

The U.S. Bureau of Land Management also continues to resist calls from ranchers and western Republicans to euthanize or sell for slaughter the animals overflowing holding pens so as to clear the way for more roundups.

Bureau of Land Management Deputy Director Steve Ellis delivered those messages at an emotional congressional hearing this week. He offered a glimpse of the challenges facing the agency that has been struggling for decades with what it describes as a $1 billion problem.

Highlights of the hearing included Nevada’s state veterinarian calling for the roundup and surgical sterilization of virtually every mustang in overpopulated herds and a protester who briefly interrupted with shouts denouncing “welfare ranchers” turning public lands into “feedlots.”

Rep. Tom McClintock, R-Calif., chairman of the House Natural Resources subcommittee on public lands, took aim at those who object to euthanizing mustangs “and yet seem perfectly willing to watch them succumb to excruciating death by starvation, dehydration and disease.”

“That is the future we condemn these animals to if we don’t intervene now,” the California Republican said.