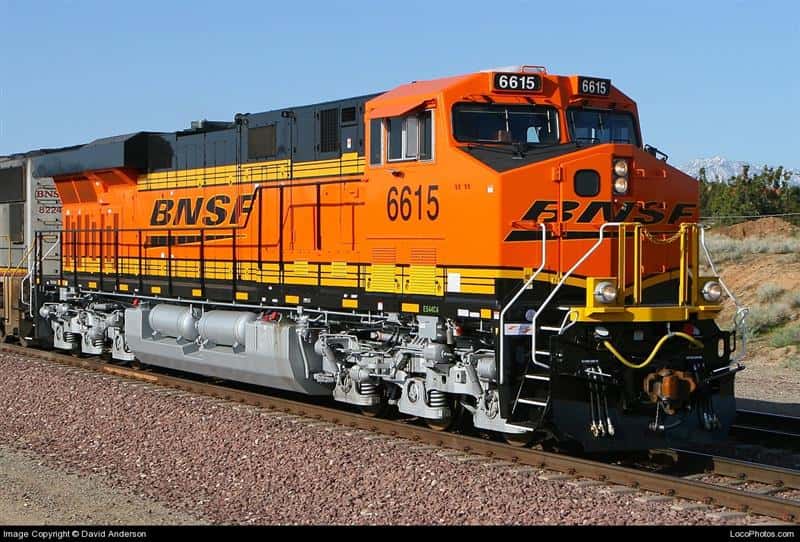 BNSF on Pace with Fertilizer Cars

OMAHA (DTN) — Fertilizer deliveries by the BNSF are happening as promised, but the railroad remains behind in grain car placements, according to a May 9 podcast.

“BNSF has loaded 73{0a3336b3da8cf935de4f3eb78fe29508c4b8b5ebd27d01af2d815614325d533e} of the unit train volume of fertilizer that was targeted, and we continue to be on pace with the unit train goal that was outlined for this critical period,” said John Miller, group vice president of agricultural products.

Shuttle turns per month (TPM) were slightly lower to the PNW at 2.4 versus 2.5 from the prior week. For the second week in a row, the BNSF in their weekly COT (Certificates of Transportation) auction offered five, 110-car, year-long shuttles beginning for October 2014. The first five shuttles were bought at $2.1 million each, which equates to $800 per car for two turns each month for one year usage. Shuttles in the second COT auction were bought for $1.7 million to $1.8 million each, which equates to $675 to $682 per car for two turns each month for 12 months. The BNSF is not offering any other cars in their COT auctions, but still allow shippers to enter into a tariff lottery which is a pool of available covered hopper cars. Cars are awarded to winners drawn at random and no car placement date guarantee is provided.

Claude Mongeau, CEO of CN, testified before the Senate committee, stating, “Railways are already shipping record levels and should be congratulated.” Jamieson said, “The railways are clearly against Bill C-30, which sets minimum targets for movement, paves the way for shippers to collect damages in the event of poor service and allows for increased competition between railroads, including U.S. railroads.

“Testimony from shippers this week indicates further challenges with respect to an equitable distribution of cars and meeting shipping targets in all shipping corridors,” said Jamieson. “In the railways' haste to meet government shipping targets and avoid fines, it is suggested that the focus remains on the 'low-lying fruit,' which includes the closest locations to port, mainline locations as opposed to short-lines and larger shipping points owned by the larger companies. This has left the small-shippers and the Province of Saskatchewan at a disadvantage, while meeting customer needs in the U.S. remains a challenge.”

High water on the Upper Mississippi River caused delays at some locks this week after recent rain pushed water levels over flood stage in some spots. USDA's weekly Grain Transportation Report said, “On May 15, the Mississippi River level at Locks and Dam 15, Rock Island, Ill., was 16.7 feet, higher than the flood stage of 15 feet. According to the National Weather Service, normal levels at Rock Island are 9.5 feet for this time of the year.”

In addition to the high-water problems, USDA reported that repair work continues at Melvin Price Locks and Dam (Locks and Dam 26), East Alton, Ill. “On May 15, there were delays of about two hours at Locks 26 for barges waiting to transit the locks.” Work there is not expected to be finished until Aug. 12, 2014. On the Ohio River, delays are also expected due to repair work at Dashields Lock and Dam, mile 13.3 near Pittsburg. The main lock chamber is closed through May 23 and will open for three days to alleviate traffic jams. Until it reopens on June 6, all traffic must pass through the auxiliary chamber, which will cause “major delays to navigation,” according to Ingram Marine Group's website.

PEDV Cases Continue to be Reported