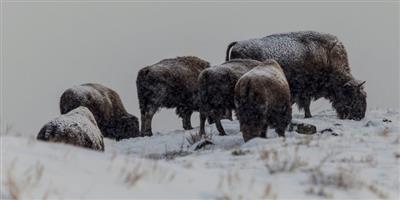 Bullock sent a letter to Park Superintendent Daniel Wenk on Jan. 19 stating: “I am invoking my authority under Executive Order No. 16-2011 to prohibit the transfer of these or any other bison from Department of Interior managed lands or facilities, to slaughter in Montana.”

This includes the 40 that currently held in the Stephens Creek quarantine facility in Yellowstone that were scheduled to go to the Fort Peck Indian Reservation once declared brucellosis free.

“We received word last week that the Park was going to slaughter 40 slated to go to Fort Peck as a way to make room in the corrals for more bison,” said Ronja Abel, Bullock’s communications director.

Abel said they are looking for a facility in Montana to house the 40 and they are hopeful they will find a solution in the next few days.

As of Jan. 12, at least 100 from Yellowstone had been trapped in corrals as the National Park Service works to reduce herd sizes.

The management process is part of the Interagency Bison Management Plan and the Park Service wants to reduce the Park’s northern bison herd by 900 to 1,400 animals.

The bison  from Yellowstone to an area in Montana during the winter.

Yellowstone’s total bison population is about 5,500.

Legislation Reintroduced to Congress to Kill the Death Tax

Value-Added Theme Prevails at YF&R Calling on the Capitol