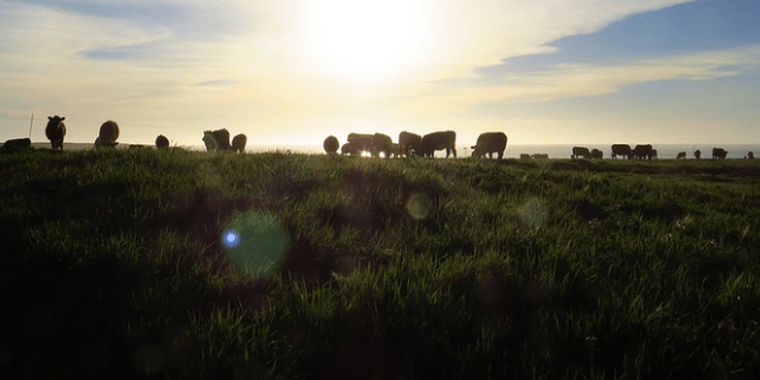 The National Cattlemen's Beef Association and the Public Lands off a media and advertising campaign that will shine a spotlight on how grazing on public lands helps to mitigate the risk of catastrophic wildfires – the leading threat to species like the greater . The campaign will be centered around a new website, GrazingPreventsWildfires.com, and will run through May.

“Coming off the wet winter we had across much of the west, ranchers are on the sidelines as new spring growth explodes and adds to residual grasses from prior grazing reductions,” said Ethan Lane, executive director of the Public Lands Council and NCBA's Federal Lands. “These fuel loads are building at the same time that livestock numbers on federal grazing permits continue to shrink due to misplaced priorities, political pressure, and a lack of regulatory flexibility for BLM and Forest Service staff to make the right management decisions on the ground.”

In addition to the launch of the new website, the campaign kicked off with a two-minute video that will be heavily promoted on Facebook, Twitter, and other social media platforms. The video features Darcy Helmick, Land Manager for Simplot Livestock Company in southern Idaho. In the kickoff video, Helmick walks through a vast, dense Bureau of Land Management (BLM) grass field in rural Owyhee County, Idaho, which she explains will turn into wildfire fuel as it dries out in the summer months.

“What's unfortunate is we've already grazed this allotment,” Helmick points out. “So no more of this forage will be removed prior to fire season. If we have the ability and the flexibility to bring cows out and stay long enough to remove some of this forage, we're literally reducing the fuel load in these areas.”

NCBA and PLC this week also released a Beltway Beef podcast with Lane discussing the lack of flexibility within federal agencies to allow more grazing after unusually wet spells. Over the coming weeks, NCBA and PLC will release additional videos, infographics, op-eds, and other materials aimed at educating , reporters, and other industry stakeholders in Washington and around the country.

“The time to address this threat is now, while we still have a chance to get ahead of the game,” Lane said. “Congress and the Administration need to provide staff on the ground with the flexibility to use grazing as a tool to protect sagebrush and native forage before a fire, and make sure ranchers can get back into those burned areas quickly after a fire to prevent the spread of invasive weeds like cheatgrass.”