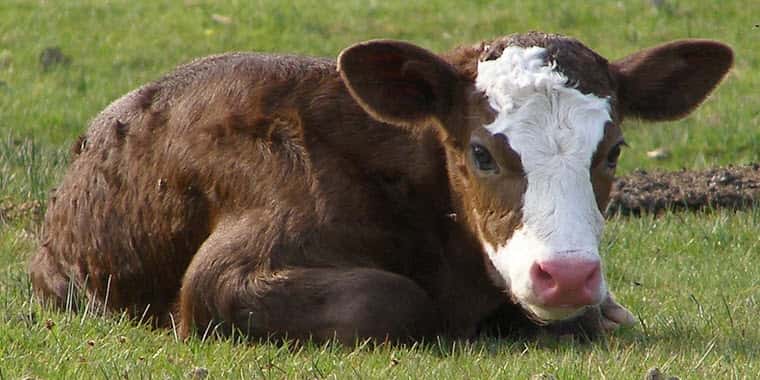 Can we use genetics instead of chemistry to control disease?

This disease complex is triggered by a number of interdependent factors including stressors such as weaning and transportation, exposure to new viral and bacterial agents, acclimatization to a new location and the establishment of a pecking order among new penmates.

Despite improvements in weaning management, vaccines, therapeutic agents and feedlot handling and receiving procedures, the incidence rates of this disease have remained stubbornly unchanged for decades.

With this in mind, a group of researchers from land-grant universities throughout the country saw an opportunity to try a new approach – to tackle this problem using genetics, an approach enabled by the sequencing of the three-billion-base-pair bovine genome and the resulting advanced genotyping technologies, to address this problem.

Technological advances in the field of genomics mean it is now possible to track which regions of the genome are associated with animals that are less susceptible to disease.

The trick is to identify those regions, which is the objective of a five-year grant funded by the USDA titled “The Bovine Respiratory Disease Coordinated Agricultural Project,” or BRD CAP for short.

One of the primary aims of this large project is to reduce the prevalence of BRD in beef and dairy cattle by identifying genetic markers associated with BRD susceptibility and develop DNA-based selection tools that can be used to breed healthier animals.

An eight-member advisory board that includes veterinarians, industry representatives and scientists regularly reviews the project’s milestones and provides suggestions and advice on various aspects of the effort.

The genetic research component of this project, led by Dr. Holly Neibergs at WSU, is centered on the development of two large (2,000 animal) studies, one for dairy and one for beef cattle, that include 1,000 sick (diagnosed with BRD) and 1,000 healthy (control) individuals.

These populations are being used to estimate the heritability of BRD susceptibility (i.e., how much BRD susceptibility or resistance is due to genetics as opposed to other influencing factors in the environment) and to identify regions of the genome associated with illness.

Analyses of this genomic information should reveal regions of the genome, or perhaps even genes, which are over-represented in healthy animals. Such regions or genes are then potential candidates for selection to produce cattle less susceptible to BRD due to their genetic makeup.

Selection for disease resistance is the holy grail for animal breeders as it uses genetics to prevent disease, thereby improving animal welfare, health and productivity, while minimizing the use of therapeutic treatments for sick animals – all outcomes that align with attributes of improved sustainability.

To date, a number of promising genetic markers have been identified in the dairy population, and efforts are under way to hone in on those areas and identify which genes are providing protection from disease.

Sample collection from a population of 1,000 sick and 1,000 healthy feedlot animals is almost complete, and similar analyses will be performed with those data. More information about this project can be found online (www.brdcomplex.org).