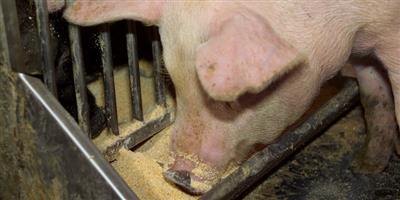 As consumer demand for pork remains high, millennial consumers say that what pigs eat has a strong influence on their pork-buying habits, according to a Cargill Feed4Thought consumer survey.

The survey, which polled more than 2,000 people in the U.S. and Spain, found that 43 percent of American millennials say that a pig's diet influences their purchasing decisions. In Spain, the second-largest pork-producing country in Europe, the number was about 65 percent of millennials.

“Many consumers, in particular, are speaking loudly about the importance of knowing what is on the dinner table and where it came from,” said Patrick Duerksen, Cargill global marketing director, pork. “It is important for Cargill and others in the agricultural supply chain to help consumers understand that the pork they eat was produced in a healthy and responsible manner.”

In both countries, millennials place the highest importance on pigs' diets, but also have the lowest trust that the pigs they eat are raised on what they consider a healthy diet. Forty-two percent of American millennials don't trust that their pork is raised on a healthy diet, significantly more than Baby Boomers (32 percent). In Spain, the number jumps to 67 percent of millennials who don't trust diets fed to pigs are healthy.

“The U.S. pork industry works hard to conduct research and improve the nutritional balance of swine diets,” said Dr. Chris Hostetler, director of animal science at the National Pork Board. “It is incumbent upon us to raise pigs in a healthy, safe and responsible manner. And that begins with diet and nutrition.”

Pig diets largely consist of corn, soybean meal, and minerals. Beyond those base ingredients, Cargill has developed precise feed formulations with probiotics, antioxidants, and essential oils to promote better gut health, digestion and metabolism. Just like in humans, gut health in pigs is an important factor in proper nutrition.

“Worldwide, swine nutrition continues to advance, and Cargill's research on optimal nutrients is at the forefront of feed improvement,” said Brooke Humphrey, global swine technology director for Cargill. “Cargill Animal Nutrition has worked closely with its customers to develop a range of nutrients and feed options, all geared to delivering proper nutrition to help farmers raise healthy pigs.”

As part of its research, Cargill researchers, and nutrition experts conduct hundreds of feed trials each year at its innovation and technical application centers around the world. The trials examine ingredients and feed formulations to determine the best nutritional solutions for pig diets. Through a worldwide database, Cargill is able to leverage research and information across the and formulate diets best suited for raising pigs based on their geography, economics, and nutritional needs.

“Our precision nutrition approach ultimately is more sustainable and lowers the amount of feed and resources needed to raise pigs,” Duerksen said. “Our researchers, scientists and animal nutrition experts continue to dedicate their careers to providing optimal nutrition options. This is important work that we know can have an impact on meeting consumer demand, but also help us feed a growing global population.”

Additional results of the survey include:

•Ninety-four percent of American consumers eat pork, and 52 percent of them say bacon is their favorite pork product.

•Ninety-eight percent of Spanish consumers eat pork, and 74 percent of them say ham is their favorite pork product.

•Only 10 percent of both U.S. and Spanish consumers have an accurate idea of how much feed it takes to raise a pig to market weight.

•Thirty-nine percent of Spanish millennials think it takes more land and water to raise pigs than it did 50 years ago.